The federal regulator of the largest U.S. banks wants too much power, state attorneys general complained this week in a 6-page letter to the Office of the Comptroller of the Currency.

The current debate centers on the OCC’s unwillingness to comply with the 2010 Dodd-Frank Wall Street Reform and Consumer Protection Act. It’s the latest battle in a long-standing war between the attorneys general and the OCC over states’ rights to enforce consumer protection laws – particularly those aimed at abusive financial practices by banks and mortgage providers. 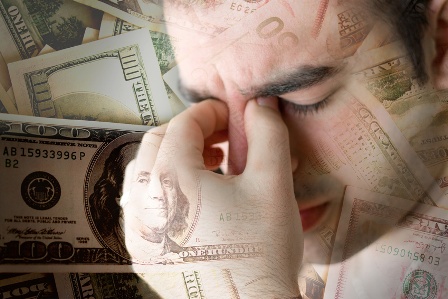 On May 25, the OCC issued proposed rules interpreting its role in exempting the financial institutions from state regulations. In its own words, the new rules would permit the OCC to assume responsibility for the ongoing examination, supervision and regulation of national banks on July 21.

“The OCC’s insistence on maintaining its posture in favor of broad preemption of state law is disappointing and ignores a clear Congressional mandate to the contrary,” the attorneys general wrote in response.

The Conference of State Bank Supervisors, of which the Washington State Department of Financial Institutions is a member, agreed in its comments.

Even the U.S. Treasury Department weighed in, siding with both states and consumer groups.

“The OCC’s proposed rule is not centered on the key language of Dodd-Frank’s preemption standard and seeks to broaden the standard,” Treasury General Counsel George Madison wrote in a letter to the OCC.

“It is relatively unusual for federal agencies to weigh in on another regulators' proposal, but even more rare in this case,” noted a writer for American Banker. “The OCC is nominally a bureau of Treasury, but the administration has only limited oversight of the agency.”

The states’ letter touches on their historical struggles with the OCC:

In 2003, all 50 state Attorneys General filed comments on the OCC’s proposed preemption rules. Those rules attempted to preempt consumer protection laws that the states had enforced for years in the financial marketplace, including against national banks. Notwithstanding the unanimous objections of the Attorneys General, the OCC proceeded to promulgate preemption regulations that were sweeping in their breadth and in their disregard for the lawful role of the states. The OCC is now seeking to retain the broad preemption rules that the states opposed in 2003.

Congress has responded to the OCC’s overreaching, recognizing the importance of state law and state enforcement. As part of the Dodd-Frank Act, Congress restored and strengthened the states’ historic role. The Act not only affirms powers states have always had to enforce state laws against federally regulated banks, it also gives states new powers, such as the ability to enforce regulations promulgated by the new Consumer Financial Protection Bureau. Congress enacted these reforms to encourage an active and effective law enforcement partnership between the states and federal financial agencies to the ultimate benefit of consumers and a free and fair marketplace.

Unfortunately, the OCC’s current proposal maintains the very same preemption rules that were rejected by Congress in Dodd-Frank and by the Supreme Court …

Attorney General Rob McKenna summed up the devastating consequences of the long-standing struggle between the OCC and the states in an April 2009 editorial published in the Puget Sound Business Journal. He wrote:

The worst financial crisis since the Great Depression did not sneak up on us: the collapse of the housing market. The crumbling of financial institutions. The massive expansion of consumer debt. Some of us saw telling symptoms of these illnesses in our economy.

State attorneys general warned federal officials years ago that there would be consequences for paying insufficient attention to meaningful consumer protection, particularly related to predatory lending practices. Only now, with record numbers of mortgages in default and the economy in crisis, do officials in the other Washington seem willing to listen.

Let’s hope they heed this warning, too.