Scammers posing as health inspectors are leaving a bad taste in the mouths of restaurant operators. 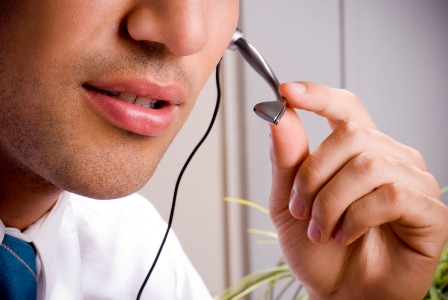 Restaurants in Washington state, as well as across the nation and Canada, have been targets of the scam, which apparently involves a series of phone calls. The first caller tells the restaurant that it will receive an automated call providing a numeric confirmation code. A second caller, claiming to be a health inspector, requests the code and seeks to set up an in-person restaurant inspection. The caller threatens fines if the restaurant doesn't cooperate.

Officials in Stanislous County, Calif., issued an alert last week stating, “This phony inspector scheme is part of a larger fraud involving setting up ‘verified’ accounts with a national online auction service.” The fraudster then uses those accounts in other schemes.

The Vancouver Island Health Authority in British Columbia believes the scam is “part of an ongoing continent-wide scam that, at its core, is an attempt to circumvent Craigslist’s security settings through identity fraud.”

Local reports also suggest that the callers may have requested personal information, such as cell phone numbers. So far, local authorities aren’t aware of any restaurants that bit at the ploy.

The owner of a Snohomish restaurant told the Everett Herald and KING 5 she knew something was fishy when the caller said he wanted to come Tuesday at noon to inspect the restaurant's “customer service.”

Businesses as far as San Diego and Toronto have also received calls.

The Attorney General’s Office encourages anyone who receives a call like this to not participate. Public health inspectors carry official photo identification and do not announce their visits.

Business owners who believe they may have been victims of this scam should file a complaint with the Federal Trade Commission.

While it does not appear the scammers have asked for Social Security numbers or bank account information, the Attorney General’s Office reminds businesses that government officials will never ask for such personal information over the phone. Victims who provided personal information to a telephone scammer should place a fraud alert or security freeze on their credit files.

*** On a lighter note, we at All Consuming love puns. So we have to give a high-five to Snohomish Health District for the headline, “Scam and eggs.”