It’s been dubbed the great Smurfberry Kerfuffle of 2011 – children unwittingly ringing up charges while playing Capcom’s “freemium” game Smurfs’ Village on a parent’s  iPhone or iPad.

Although the game costs nada to download, one 8-year-old reportedly bought $1,400 in virtual smurfberries while playing. That’s because iTunes didn’t require a password to be entered more than once every 15 minutes. And those first 15 minutes provided enough time to make plenty of purchases in Smurfs’ Village, Tap Zoo, Dolphin Play and the like. 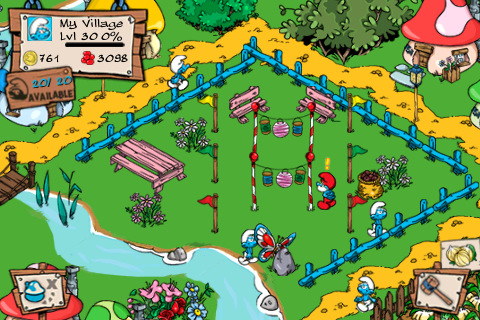 Needless to say, Smurfs weren’t the only ones blue in the face.  A Washington resident – who happens to be the author of children’s books – filed a complaint in November 2010 with the Washington Attorney General’s Office after his 5-year-old son spent $51. Apple agreed to refund him, but the man wanted to warn others.

Paula Selis, who heads up our Consumer Protection High-Tech Unit, voiced our concerns in a Dec. 22 letter to Apple.

We weren’t the only ones worried. Reports by the Associated Press and Washington Post ignited substantial controversy. The Federal Trade Commission wrote to Apple in February. Lawmakers asked for an investigation. Program developers added disclaimers on the iTunes store.

Yesterday, our office received a response from Apple starting that its updated device software – launched yesterday – includes changes to avoid these billing problems. Specifically, it includes a feature that requires a password every time a purchase is made while using an application. (The software update also includes 59 security patches for the mobile version of Safari.)

“With iOS 4.3, in addition to a password being required to purchase an app on the App Store, a reentry of your password is now required when making an in-app purchase,” Trudy Muller, a spokeswoman for Apple, told the Washington Post.

There’s a lesson for consumers, here, too. Freemium games – also available through Facebook – are a growing market.

“Everyone - and we mean everyone apart from maybe Crescent Moon - seems to be planning on releasing a freemium mobile game over the next couple of months,” writes PocketGamer.biz. “Call it the Smurfs' Village effect if you like - Capcom Mobile is rumored to be making $4 million a month from Smurfberries - the revenues that can be made via this model are so incredible, especially compared to the relative cheapness of development, it seems worth the risk.”

And this brings me to today's Consumer Protection Week tip of the day: More than ever, game players and parents of game players need to read the fine print when buying games online. And don’t give a kid your iTunes password. If you allow your child to download stuff, PocketGamer makes a good suggestion: set up a separate iTunes account using a gift card – instead of a credit or debit card. And limit what your kids can access by using iTunes' parental controls available via the iTunes menu on a Mac and the Edit menu in Windows.