Two recent stories remind us of the danger faced by young people, especially those in college, when they experiment with stimulants. First, the federal government announced on Friday that it will investigate "alcoholic energy drinks." These boozy beverages are mixed with caffeine or other stimulants. Here's how AG McKenna described the threat posed by these drinks when he applauded the federal government's move: 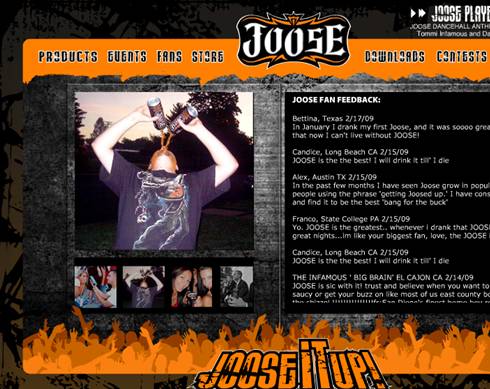 The edgy advertisements posted here, for "Joose" and "Four Loco,"  show how these products are marketed to young people. Why are these products dangerous?

“The increasing popularity of consumption of caffeinated alcoholic beverages by college students and reports of potential health and safety issues necessitates that we look seriously at the scientific evidence as soon as possible,” Dr. Joshua Sharfstein, principal deputy commissioner of food and drugs, said in a release. 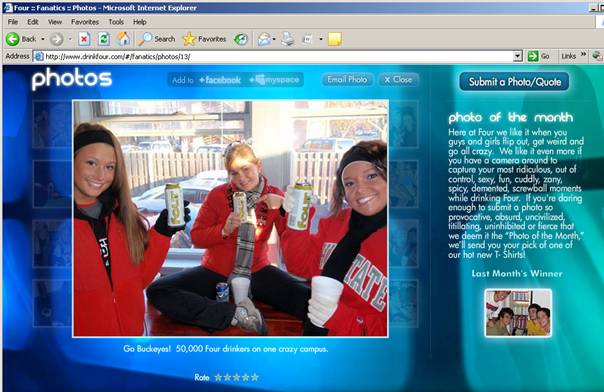 Another story, this one in the Spokesman-Review, covers the increasing use of Adderall by college students. This drug which calms down ADHD patients but acts as a stimulant to everyone else. That's why college kids are using it:

National studies show that as many as 1 in 4 students in a college setting may have abused Adderall, and two surveys are under way at WSU to examine student use. College students are twice as likely to use the drug nonmedically as their peers who aren’t in college, according to a report this year from the U.S. Department of Health and Human Services.

As the article points out, Adderall is being used by students who want to stay awake to study -- and it's also being used recreationally:

Adderall has also emerged on the party scene, where the stimulant lets students stay awake, even after a night of heavy drinking.

“In a full blackout normally they would be down, out for the count, passed out – but they’re up, they’re walking, they’re talking, they’re even a little jittery,” Maarhuis said. “But they have absolutely no recall the next day. They might even drive or walk around, but they are indeed in a full blackout. They just haven’t lost consciousness.”

One problem with Adderall, beyond the dangers posed by people who are "blacked out" but still awake and engaging in dangerous behavior, is that its long-term impact on the body is not yet known.

And for more on prescription drug abuse, check out our RxIQ page.