DEA takes 4.5 tons of drugs off the streets 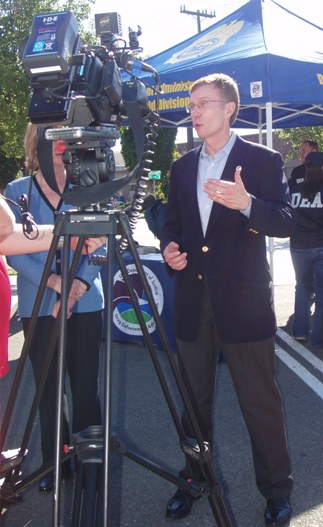 We learned last week that the Drug Enforcement Administration’s (DEA) National Drug Take-Back initiative was a huge success in Washington state, where  four and half tons of drugs were returned at various collection sites.

“The success of this event shows that people increasingly understand the threat of prescription drug abuse,” McKenna said. “They want to do something about it.”

Assistant Attorney General Julian Bray, Senior Counsel at the Tacoma AGO, attended a take-back location in Tacoma. After the event, the Pierce County Sheriff told him that 61 pounds of drugs were returned at the South Hill Precinct and 167 pounds in University Place. 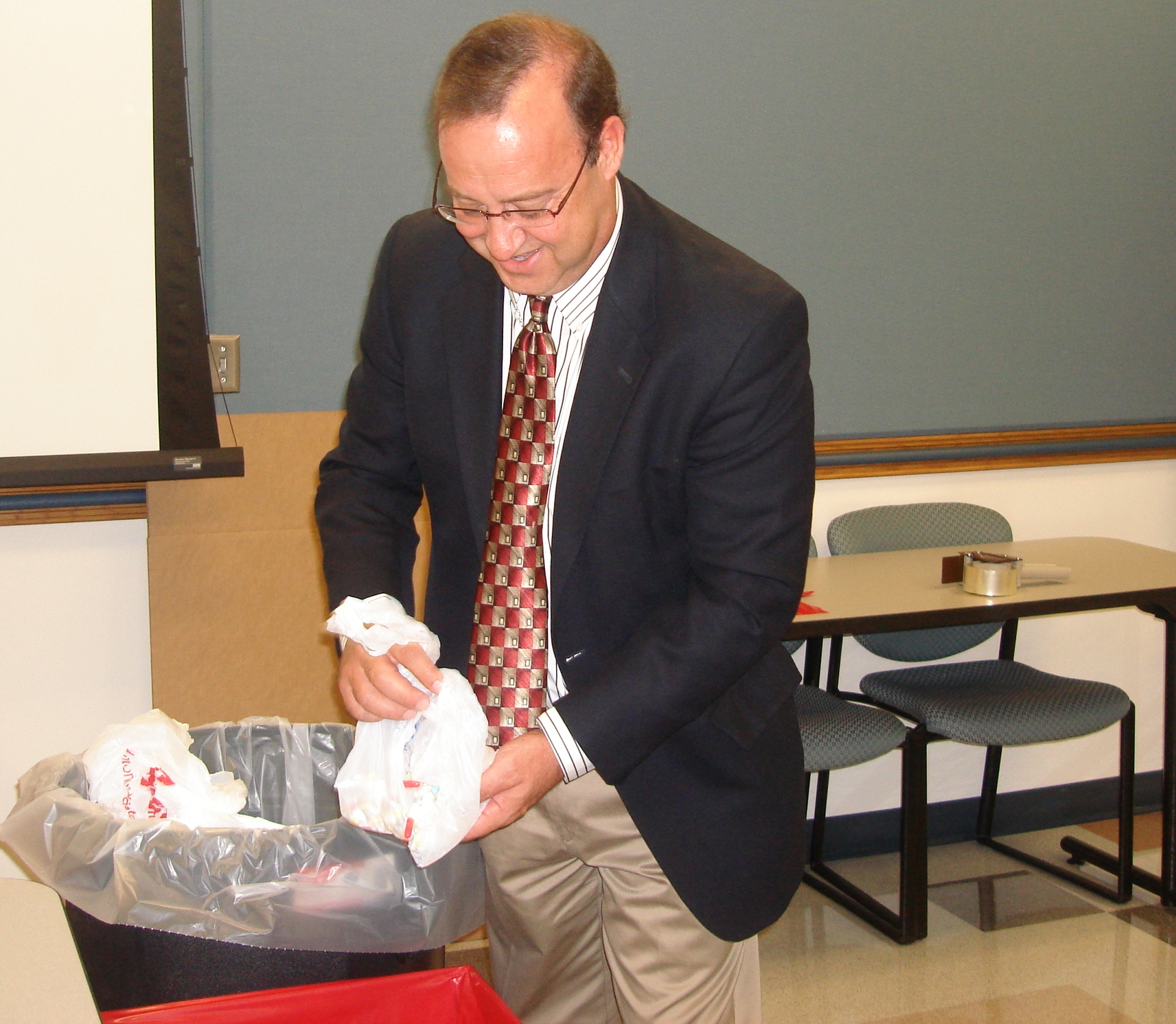 AGO Kennewick Section Chief Kevin Hartze (pictured on the right) lent his support to a take-back location in Kennewick.  “A surprising volume of drugs were delivered to the event,” Kevin said. “Four large boxes, for a total of 220 pounds, of which approximately 70 percent were narcotics, and all were incinerated.”

Kevin tells us that many who stopped by passed on their thanks and inquired about when they’ll have the opportunity again. One person dropped off narcotics that were 10 years old. Some talked about going to pharmacies looking for ways to dispose of dugs, only to be turned away. 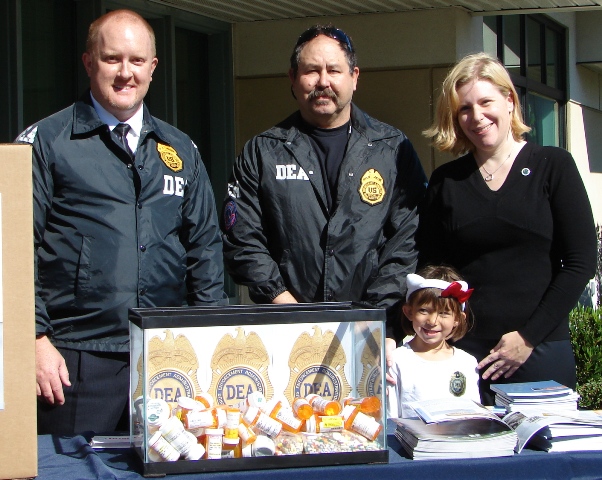 AGO Bellingham Section Chief Sarah Reyes showed the flag at the Washington State Patrol’s office. Her daughter, Maddy, age 6, helped out and was made a “special agent” (badge included!) for her efforts.

In Yakima, Assistant Attorney General Dale Becker helped collect drugs at the event held across the street from the Yakima Police Department.

“We were surprised by the big turnout and volume of medications dropped off, since it occurred during the area’s largest parade happening just a couple of blocks away, and by the words of appreciation from people saying they didn’t know how to otherwise safely dispose of old medications,” Dale said.

Missed the DEA’s take-back event? The SAMA Foundation has great information about how to dispose of unused prescriptions drugs. And learn more about protecting yourself, your family and your community from prescription drug abuse on our RxIQ pages.