Elyse Umemoto, Miss Washington 2007, endorsed the AGO's domestic violence bill on Tuesday. Earlier this year, Umemoto came forward to talk about her experience as a survivor of domestic violence. She alleges that she was stalked and assaulted by her boyfriend in 2007 and 2008. Her attacker pled guilty last year to charges related to the incident.

“I'm hopeful that talking about my struggle will bring more attention to the issue of domestic violence and help other victims empower themselves,” Umemoto said Tuesday. “Sharing my story hasn’t been easy. But it’s given me a sense of empowerment and healing.” 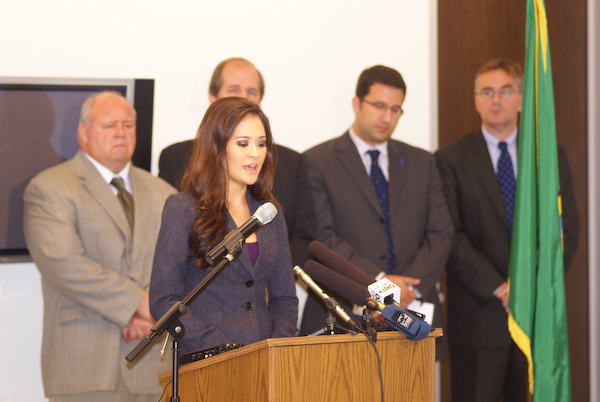 Chief Deputy Brian Moran took the podium to thank Elyse and to explain what the bill does: 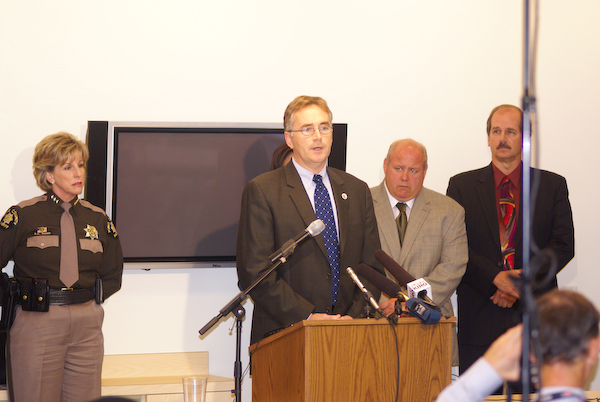 “As awful as her situation was, she was one of the lucky ones. She wasn’t the target of a serial abuser. But her experience gives her added compassion for those who are. Our bill shields those victims by treating repeat abusers seriously.”

Moran is pictured here with supporters of the bill, including (from left to right), King County Sheriff Sue Rahr, Rep. Kirk Pearson, R-Monroe and Christopher Hurst, D-Enumclaw. Rep. Pearson is the bill's prime sponsor in the House. Rep. Hurst, who is co-sponsoring the bill, is the chair of the House Public Safety Committe.

Rep. Pearson spoke passionately about his motivation for prime-sponsoring the domestic violence bill: 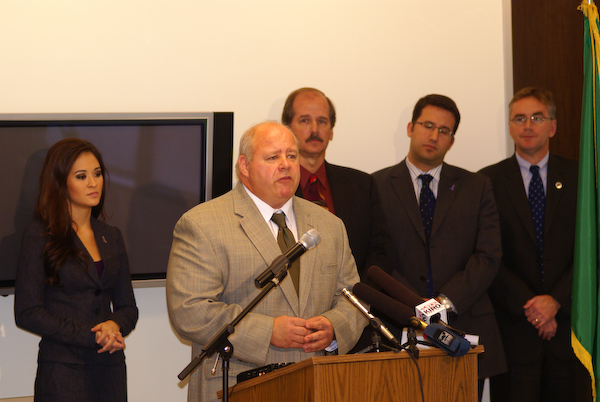 “Being the victim of a crime is terrible, but when the crime is perpetrated by someone in a position of trust, like a spouse or partner, the victim can be even more devastated. What makes those who commit domestic violence so dangerous is that often times they have keys to their victim’s home and know family members and co-workers. Relationships with family and friends can give abusers easy access to their victim and can dissuade the victim from coming forward for fear of future attacks on them or their families. I look forward to working with the Legislature and the attorney general Rob McKenna to get this much-needed legislation signed into law.”

Here's a photo of Elyse with Hunter Goodman, the AGO's Director of Governmental Affairs, and his Special Assistant, Rebecca Podszus. They, along with AGO Policy Director Chris Johnson, are responsible for ushering the Attorney General's bills through the legislative process. 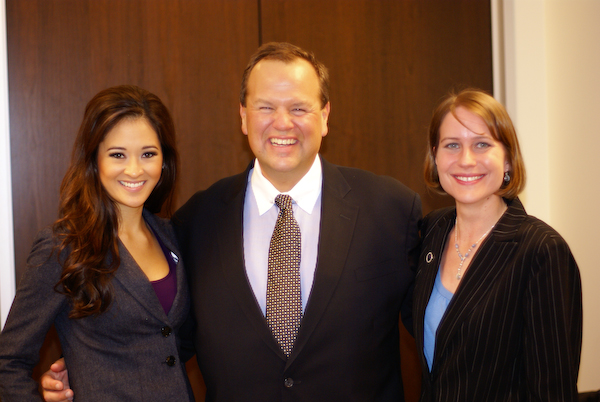 And speaking of the legislative process, if you would like to track the progress of our domestic violence bill, be sure to join our Facebook group, Protect Washington State Domestic Violence Victims Now. We'll post news stories and updates about the bill.