The Washington State Department of Health has released new numbers about the prescription drug abuse epidemic. 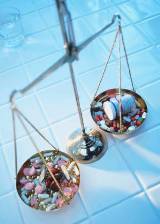 The numbers are startling:

For a while, it's been understood that drug overdoses in general are killing more people than traffic accidents. But now, according to DOH, the trend appears to be worsening:

From 1995 to 2008, Washington had 17 times more deaths from accidental overdose involving prescription pain medications. These types of deaths have surpassed automobile crashes as the leading cause of injury death in the state for residents ages 35 to 54.

DOH produced a terrific brochure to help you use prescription medications safely. It also includes a description of the signs of an overdose,"[A]bnormal vital signs, sleepiness or confusion, and shortness of breath," and what to do if you think you are witnessing an overdose.

Last year, Attorney General McKenna convened the Prescription Drug Advisory Group. This group, made up of health professionals and law-enforcement, is tasked with determining how the Attorney General’s Office (AGO) may assist in three specific challenges:

If you would like to learn more about the prescription drug threat, please visit our RxIQ Web page.