We're all eagerly awaiting the US Supreme Court’s decision this month in Doe v. Reed, the case challenging the constitutionality of Washington’s public records law as applied to petitions for referenda and initiatives. But this week, a different panel of Supreme Court experts recognized the Washington Solicitor General's Office for its work in this case with the prestigious “Best Brief” award from the National Association of Attorneys General. 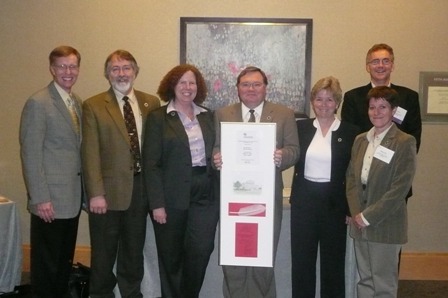 The Solicitor General’s Office, located within the Office of the Attorney General, handles, among other matters, appellate cases before the state and U.S. Supreme Courts. Solicitor General Marnie Hart and Deputy Solicitors General Bill Collins and Anne Egeler received NAAG’s Best Brief award Wednesday for their work on the Doe v. Reed case.

“I’m proud that these fine attorneys have been recognized for their incredible ability to pen persuasive arguments in cases before the United States Supreme Court,” McKenna said. “Hart, Collins and Egeler are truly the state’s dream team of appellate attorneys."

The Best Brief Awards are chosen for their usefulness as models for states preparing cases before the nation’s highest court.  The documents were judged by a panel of independent, leading Supreme Court experts.