SEATTLE – Dannon will pay $21 million to settle allegations of illegal advertising brought by 39 attorneys general who couldn’t digest the company’s claims about the degree to which its Activia yogurt can improve regularity. The case restricts how the company can market Activia and its  DanActive dairy drink and represents the largest settlement payment to date with a food manufacturer. 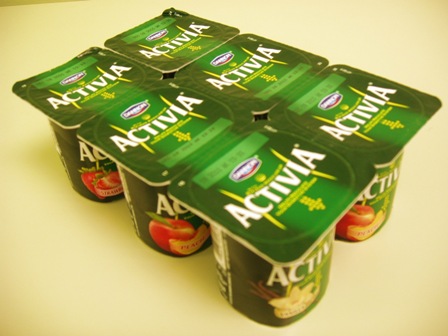 “Dannon made up fancy names for bacteria in its Activia yogurt and dairy drink, marketed them as having unique health benefits, then milked the public’s willingness to believe those claims,” Assistant Attorney General Bob Lipson said.

The Federal Trade Commission simultaneously announced a settlement with Dannon that addresses the same concerns but does not require a payment.

The states and FTC alleged that Dannon trademarked fanciful names for the bacteria in its products -- Bifudus Regularis and L. casei Immunitas – and exaggerated their health benefits.

Attorneys general said that while some studies demonstrated a modest benefit for individuals with sluggish digestive systems who consumed three servings of Activia per day, the company marketed the premium yogurt to everyone. Moreover, Dannon represented that just one daily serving of Activia for two weeks improved digestion. [Video: Commercial]

Dannon also allegedly advertised that DanActive provided consumers with “immunity” and could help prevent a cold or flu. States say the company lacked adequate clinical proof to support the claim.

Lipson compared the marketing tactics to those used to propel sales of Airborne. Attorneys general reached a $7 million settlement with the makers of the popular effervescent tablet in 2008.

Washington filed its version of the Dannon settlement today in King County Superior Court. Dannon denied the allegations but agreed to restrictions on its marketing practices. Specifically, the company is prohibited from representing that Activia and DanActive can prevent, treat, cure or mitigate disease. Dannon must possess reliable scientific evidence to support any other statements about the health benefits of its probiotic foods.

The Washington Attorney General’s Office will receive $425,000 from the settlement. A portion will be used to cover legal costs. The remaining money will be used at the discretion of the Attorney General’s Office for consumer education or to support programs connected to nutrition, diagnosis and treatment of gastrointestinal diseases, enhancement of immune system function, or other permitted uses that benefit the general public.

Dannon settled a private, class-action lawsuit in 2009 and agreed to create a $35 million fund to reimburse individual consumers who purchased Activia or DanActive before April 24, 2010. The deadline to submit claims under that settlement was Oct. 1.

Neither the multistate nor FTC settlement includes restitution for individual consumers.