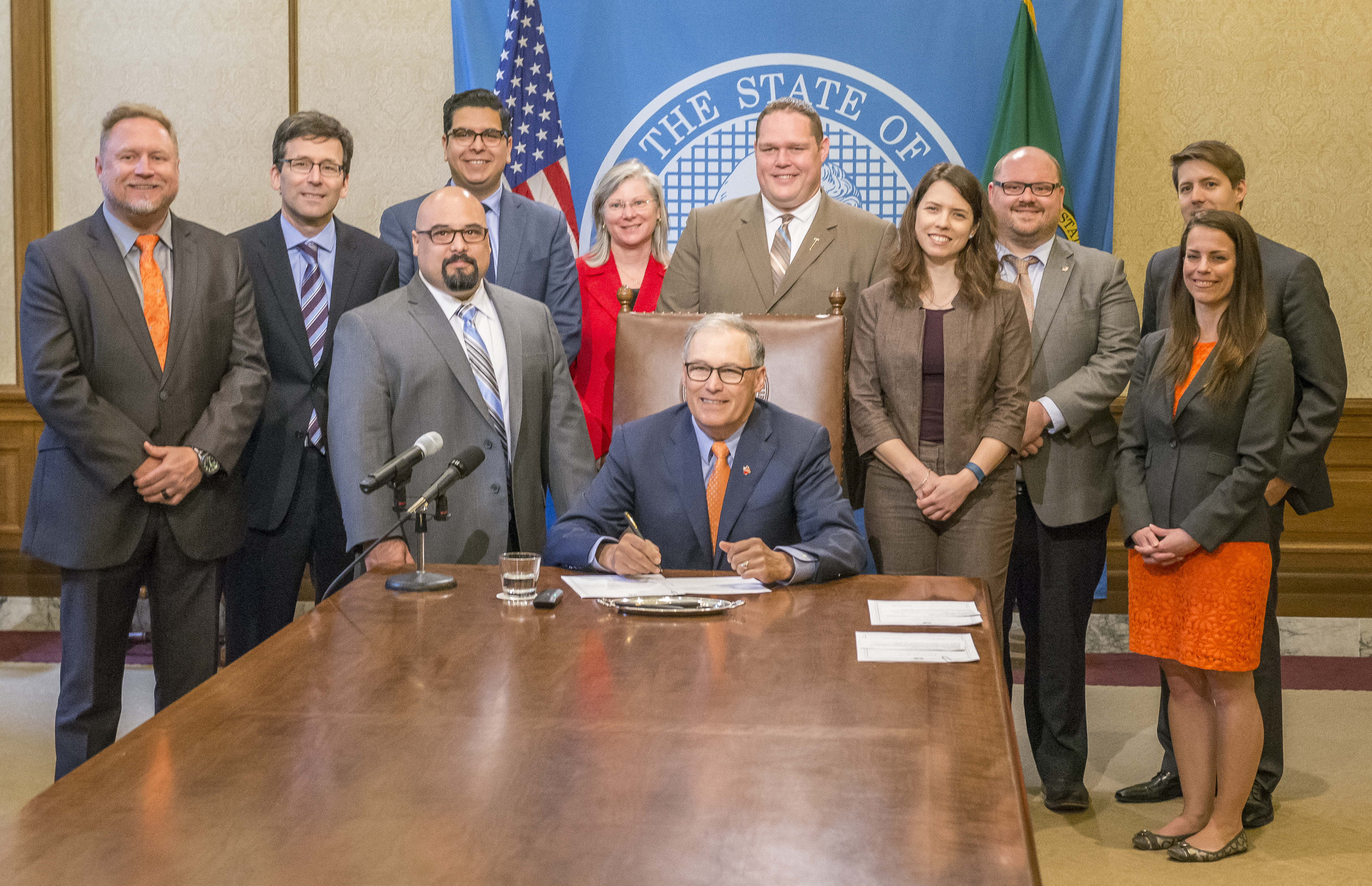 Senate Bill 5301 bars companies from receiving both state and local contracts if a judge determines they willfully violated state wage theft laws. The measure, sponsored by Sen. Mark Miloscia, R-Auburn, passed the Senate overwhelmingly in February by 46-3 vote. It passed the House by a 63-33 margin in April. The companion measure, House Bill 1936, was sponsored by Rep. Zack Hudgins, D-Tukwila.

“We need to send a message that the state will not do business with those who cheat hard-working Washingtonians,” Ferguson said. “Government contracts — and taxpayer dollars — should only go to companies that play by the rules.”

The Washington state government spends more than $1 billion annually to buy goods and services — and the state spends billions more on public works contracts — but currently, companies that receive contracts from state and local governments are not always required to demonstrate compliance with wage laws.

“The state should not be supporting businesses that are taking hard-earned dollars from the state’s workers,” said Sen. Miloscia, chair of the Senate State Government Committee. “This change will affirm the state’s commitment to protecting workers and reward businesses who respect the law and take care of their employees.”

“We must stand up in Olympia and say, ‘You will not profit from cheating workers,’ ” Rep. Hudgins said. “This simple change will provide an important incentive for companies to follow the law.”

According to a study from the Economic Policy Institute, the combined amount stolen in bank, gas station and convenience store robberies in 2012 totaled less than half the money stolen from workers due to wage theft that same year.

While serving on the King County Council, Ferguson sponsored a similar wage theft measure in 2012 that applied to King County contracts. It was adopted into law.