Brief History of the Office of the Attorney General

The Attorney General’s Office is conducting oral history interviews with current and former AGO staff to preserve our office’s long history.

Click here to view our YouTube playlist containing every episode; or begin watching immediately by clicking the video below.

Since the creation of the office, the Attorney General’s responsibilities have grown immensely. From humble beginnings as a small executive department with no full-time staff to its present size, the Attorney General’s Office (AGO) has grown to be one of the most powerful and important agencies in the state. The AGO is now the state’s largest law firm, encompassing 28 divisions with over 600 attorneys and 650 professional staff charged with representing over 230 state agencies, boards, and commissions.

Three themes emerge from the AGO’s history: the office has steadily grown as attorneys general and the legislature have increased the AGO’s responsibilities; the AGO’s initiatives followed cultural trends and social changes in our state and in American history; and the office has become more involved in legal work aimed at preserving and improving public welfare for individual Washingtonians and communities.

Click on the expandable headers below to read more about the history of the office.

Formation of the Office[click to expand/contract]

The Washington Territory had only one Attorney General: James Bard Metcalfe, a Confederate Civil War veteran and trial lawyer who lived in Seattle. On February 2, 1888, Territorial Governor Eugene Semple appointed Metcalfe to the office. Along with the duties laid out by the legislature, Metcalfe was also charged with preparing the Washington Territory for statehood, including helping to draft the 1889 State Constitution. After Washington achieved statehood, Metcalfe remained in the office until the first elected Attorney General, William C. Jones, was sworn in.

When the Washington Territory became the 42nd state in the Union, the Attorney General’s Office was one of the offices included in Article III of the state constitution, creating the executive branch. Article III, Section 21 says, “The attorney general shall be the legal adviser of the state officers, and shall perform such other duties as may be prescribed by law.” Like the governor and other executive officials, the attorney general became an elected official with a term of four years.

Additionally, state agencies and officials regularly employed outside counsel rather than relying on the Attorney General. The most significant effect of this was confusion among state agencies because they relied on different lawyers with different interpretations of the laws, so there was no single interpretation under which all state agencies acted. They often worked at cross purposes, which sometimes prevented cooperation between the agencies.

However, the first attorneys general of Washington State did play important roles in representing the state’s interests. William C. Jones argued four cases in front of the U.S. Supreme Court, including litigation against the powerful Northern Pacific Railroad. When Jones prevailed in three of those cases, he helped establish the state’s authority to regulate water and land use. Wickliffe Stratton, Washington’s third Attorney General, defended the state’s prerogative to collect taxes. When the legislature created the state Railroad Commission in 1905, John Atkinson represented the commission. He also litigated cases concerning public land grants and public schools. William V. Tanner, Attorney General from 1911 to 1919, argued fifteen cases in front of the Supreme Court, most notably securing the right of the state to collect premiums due under the Washington State Worker’s Compensation Act. And John Dunbar, Attorney General from 1923 to 1933, litigated several cases concerning interstate commerce, public transportation, and public utilities. 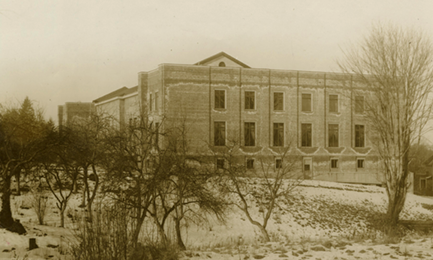 The Attorney General’s Office was housed in the Temple of Justice in Olympia from 1913 to 1987.

As the years went by, the legislature established new powers of regulation and taxation for the state, and the role of the Attorney General’s Office grew. Tasked with defending new regulatory commissions, boards, and departments, the AGO increased its staff to keep up with the amount of litigation.

The steady growth of the state government parallels cultural and political developments near the turn of the twentieth century. As Washington’s population grew—doubling four times between 1880 and 1920 from 75,000 to 1.3 million—and as industries developed largely unchecked in the region, rural residents and city dwellers alike often demanded government action to protect Washingtonians. The railroads, which controlled prices for passengers and for haulage of agricultural goods, were a particular target for regulation. Each attorney general from Metcalfe onward had to reckon with the way Washingtonians were affected by the rapidly changing economy and political structure. As the state government created new regulatory and taxation plans, the subsequent litigation was, in large part, handled by the small Attorney General’s Office.

Other cultural factors also drove the AGO’s agenda. At the turn of the twentieth century, common fears of immigrants and radical activists were codified by the Washington legislature, and several attorneys general took active roles in enforcing these laws. For example, in 1902, a Japanese immigrant named Takuji Yamashita was denied admission to the Washington State Bar Association because he wasn’t a white American citizen, and the AGO defended the WSBA. When people of Japanese ancestry were captured and imprisoned during the Second World War, Attorney General Smith Troy testified to Congress and filed briefs to the U.S. Supreme Court in support of internment. In another case, when radical labor unions like the Industrial Workers of the World became active in Washington, pervasive fears of anarchists and communists drove Attorney General L. L. Thompson to pursue stiff sentences against union organizers and activists. These prevailing trends in American history influenced the organization and composition of Washington’s politics.

New Roles and the Monopoly Statute [click to expand/contract] 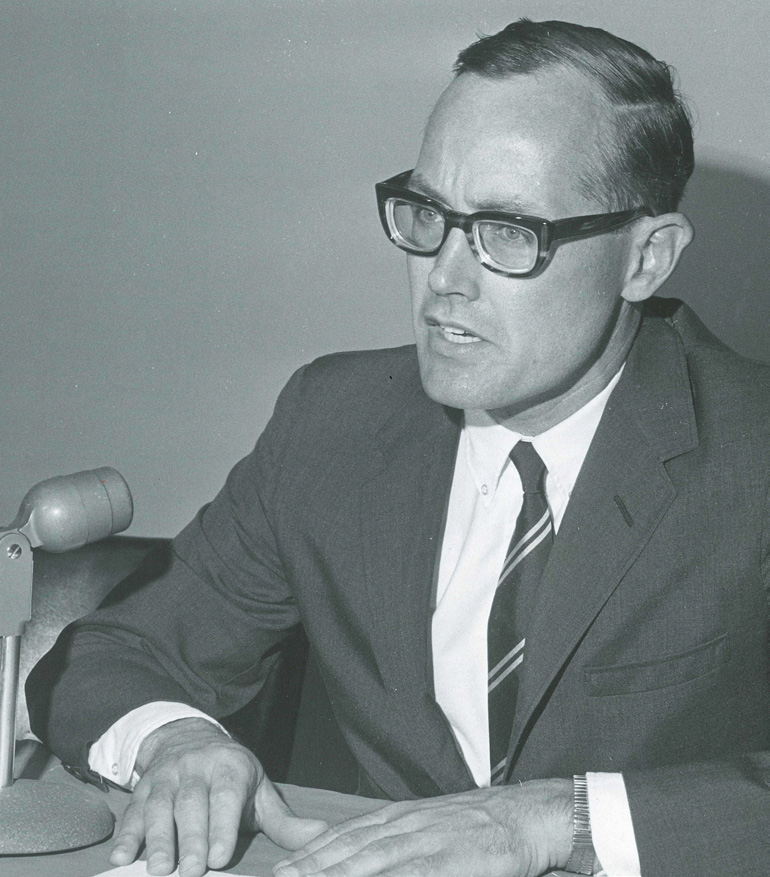 The Attorney General’s Office has steadily grown since the beginning of the twentieth century. The office doubled in size to 220 Assistant Attorneys General during Slade Gorton’s three terms as Attorney General (1969-1981).

In 1933, Garrison Hamilton was elected Attorney General, the first Democrat to hold the office since Metcalfe. The Great Depression and the ensuing political reaction had swept many Democrats into office. Washington’s Legislature passed several bills that were complementary to Franklin Roosevelt’s New Deal. As the local and state governments attempted to address the effects of the Depression, the AGO was drawn into further litigation. Attorney General Hamilton’s office assumed the responsibility of defending a growing number of client agencies as the government expanded to address the public welfare crisis. As part of this growth, and as a reflection of the increased role women played in public life, Hamilton hired the first two female Assistant Attorneys General in Washington’s history: Dorothee Scarbrough Wolfe in 1933 and June Fowles in 1939.

The most significant change to the AGO came in 1941 when, at Attorney General Smith Troy’s urging, the legislature passed the Monopoly Statute, RCW 43.10.067. The Monopoly Statute mandates that state agencies can only be represented by the Attorney General’s Office. This change in law remedied the confusion caused by the use of outside counsel and ensured that all state agencies were functioning in accordance with a centralized and unified interpretation of Washington’s laws.

Further developments in the legislature also prompted the creation of new divisions within the AGO. The 1951 estate sales tax led to the creation of the Revenue Division. The expansion of the federal interstate highway system in 1956 fueled the development of Washington State’s highways, prompting the creation of the Highways Division. Then in 1961, two significant changes dramatically increased the size of the office. First, the passage of the Consumer Protection and Antitrust Act, at the urging of Attorney General John O’Connell, led to a new role for the AGO in protecting Washington consumers. Secondly, the State Tort Claims Act waived Washington’s sovereign immunity against citizen tort actions, and the AGO became responsible for defending the state in tort cases. A de facto Torts Unit formed within the Highways Division before becoming its own division later on.

The AGO doubled in size during Attorney General Slade Gorton’s tenure, largely as a result of new expectations for the role of government. As the state government established new departments or expanded the roles of existing departments, the AGO responded in kind. In 1978, the AGO became responsible for representing the Department of Social and Health Services in juvenile courts in King, Pierce, Snohomish, and Spokane counties on termination and dependency cases, leading to the development of regional staff offices throughout the state. In 1970, as part of the modern environmental movement, Attorney General Gorton created the Ecology Division.

The growth of the AGO in the second half of the twentieth century shows how shifting attitudes towards the government’s role in daily life influenced policymaking. As more Americans—and by extension, Washingtonians—expected the government to intervene on their behalf—in consumer protection, environmental protection, or a litany of other issues—the legislature and the AGO responded by increasing the size of the office to meet these demands. Many of the divisions created during this period reflect an evolving role for the AGO in which the Attorney General acts alongside state agencies that work to improve public welfare: Consumer Protection, ecology (Ecology; Fish, Wildlife, & Parks; and Natural Resources), Criminal Justice, Public Counsel, Agriculture and Health, Antitrust, and Social and Health Services are some examples. 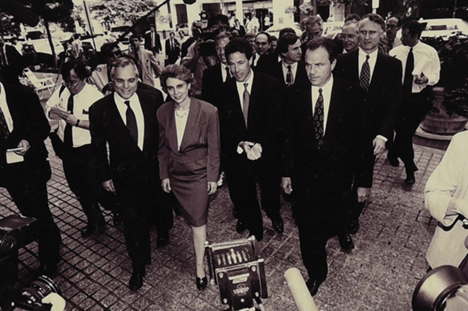 Christine Gregoire, with other states attorneys general, negotiated the multistate settlement with the tobacco industry.

Christine Gregoire was elected Washington’s Attorney General in 1992, the first woman to hold the office in Washington State. As the twentieth century came to a close, the AGO continued to advance with the predominant social changes in the United States, and Gregoire’s election is one example of those shifts. Under her direction, the AGO pursued internet fraud litigation to protect consumers in the digital age. She also created the Solicitor General’s Office to handle the appellate work of the AGO, including arguing at the Supreme Court, and issuing the Attorney General’s Opinions. Attorney General Gregoire also played a key role in negotiating the multistate settlement reached with the tobacco industry, forcing the tobacco companies to pay $206 billion to states through 2025, reflecting the AGO’s role in both public health and consumer protection.

After Attorney General Gregoire’s three terms (when she went on to be Governor of Washington State), Rob McKenna was elected Attorney General. In 2012, towards the end of the Great Recession, McKenna helped attain the country’s largest ever consumer financial protection settlement, $25 billion in mortgage relief from the country’s five biggest banks, including $648 million for struggling Washington homeowners.

In 2012, Bob Ferguson was elected Washington’s eighteenth Attorney General. Ferguson has vigorously pursued civil rights issues, and in 2015 he formed the Wing Luke Civil Rights Unit (now the Wing Luke Civil Rights Division) within the AGO. Ferguson filed friend-of-the-court briefs in favor of same-sex marriage rights in Hollingsworth v. Perry, United States v. Windsor, and Obergefell v. Hodges. Perhaps most notably, Ferguson has taken strong stances against the Trump Administration, and by opposing several of the president’s controversial policies, Ferguson has begun to form his own historical legacy.

Continue to "Washington Attorney's General - Past and Present"