Note: Attorney General Rob McKenna and fellow attorneys general are in Taiwan this week as guests of the Taiwan Ministry of Justice, reciprocating for years of visits from Taiwanese prosecutors to the National Association of Attorneys General (NAAG) Summer Meeting. 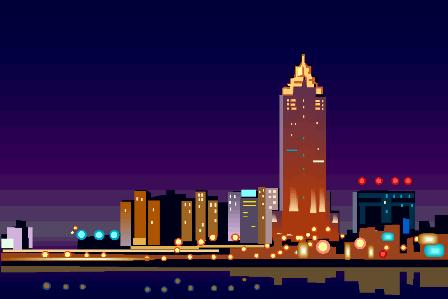 Our official visit continues to be blessed in many ways. Today we dodged a second typhoon, which moved below Taiwan into the South China Sea. Earlier this week, another typhoon veered north of the island and made landfall in western Japan.  Taiwan's people and government can be forgiven for breathing a sigh of relief at dodging these two recent storms, considering how hard they were hit by the typhoon of about two months ago.  That hurricane took many lives and also swept away quite a few government officials whose performance was deemed inadequate -- including some officials with whom we had been scheduled to meet.

Our delegation's good fortune also was underscored by our first meeting today, with the president of Taiwan, President Ma Ying-jeou. Since taking office last year, President Ma has been tackling official corruption, reducing cross-strait tensions with mainland China, and working across party lines. He is personable and outgoing with a reputation for personal integrity that makes him the right man at the right time for Taiwan. His predecessor is sitting in a jail cell on corruption charges.

We enjoyed an eight-course lunch with the Vice Minister of Foreign Affairs at the Ministry. Good thing they use small plates! Afterward we traveled to the Ministry of Justice for a meeting with Minister Wang Ching-feng, who also hosted us for dinner tonight. She is an impressive woman who practiced law privately for three decades and has a strong reputation as an outstanding lawyer who champions the rights of the disabled and domestic violence survivors.

Rounding out today's meetings with top government leaders, we sat with the Chief Justice of Taiwan's Constitutional Court. While the country has a Supreme Court which hears appeals in criminal and civil cases, the separate Constitutional Court is charged with deciding questions of Constitutional interpretation, which it does in about 400 cases per year.

We returned to our hotel before dinner for a brief break, and to drop off the many gifts we received throughout the day. Our hosts have been generous with their time and with items that commemorate our visit. We have been given several beautiful examples of Taiwanese arts and crafts that will go on display in our offices.

On tap for tomorrow: Visits to Taipei 101, the world's second-tallest skyscraper, and top cultural sites such as the Palace Museum. In the late afternoon, we fly to Hualien for an overnight visit that will be highlighted by a tour of the famous Taroko National Park.

All the best,
Rob