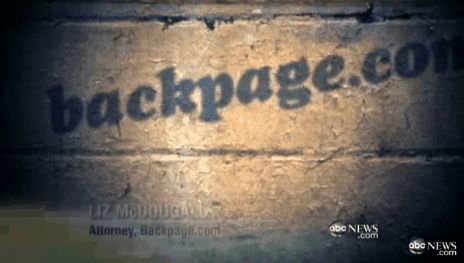 Two recent arrests offer a sobering reminder of what’s at stake in the fight over so-called “adult services” advertisements. The arrests, detailed in a story by Levi Pulkkinen of the SeattlePI.com, reveal themes we see again and again. First, we see kids exploited by adults. Second, victims are often runaways — sometimes called society’s “throw-aways.” And last, but certainly not least, victims are physically assaulted by their pimps.

In last week’s story, Pulkkinen reports that a Kent woman and her boyfriend were jailed for pimping three kids on Backpage, among other websites. According to charging documents, the defendants bought lingerie for the girls, took their photos, wrote ads and posted them on Backpage. Representatives for the website say they discourage ads for illegal activities and carefully reviews posts to make sure minors aren’t included. Yet, in our response to Backpage’s lawsuit against Washington state, King County Prosecutor Dan Satterberg’s office submitted an affidavit from a detective with the Seattle Police Department. The detective is following an investigation involving a 15 year-old girl featured on Backpage. According to the affidavit, Backpage allowed ads featuring the girl to be posted ten times in a two week period following the filing of their lawsuit against Washington state – including after they were warned the girl is a minor. And we’ve previously noted, media outlets from 31 states have reported on cases of more than 150 minors who have been posted for sale on Backspace.

The victims in Pulkkinen’s story were also minors – as young as 15:

Jailed earlier this month, Altesa B. Turner and Bernard D. Watkins are accused of posting lurid photos of the girls online while collecting half of the money they were paid for sex. King County prosecutors claim the couple pimped girls as young as 15.

According to charging documents, Turner admitted she’d seen the ads featuring the girls and told Kent police she likes to “help young people” who have nowhere to turn.

“Nowhere to turn” is a key phrase. As you read stories about Backpage-related arrests, as I have, you’ll find that adult criminals regularly target runaways. Some victims have been on their own for a while, often the subject of sexual or other abuse by a family member. One 15-year-old from the Seattle-area, whose mom is very active in the fight against Backpage, was identified by a pimp and posted on Backpage within 24 hours of running away. This teen was not a victim of childhood abuse. But she ran away nevertheless and was quickly caught up in the wrong crowd. She’s part of a lawsuit filed just last week against Backpage. According to the News Tribune, the suit accuses Backpage owners of profiting from the exploitation of three runaways, the youngest of which was advertised on the site when she was only 13. The point is that criminals seek vulnerable kids who are on their own — who don’t have anyone looking out for them. Worse, violence is used to keep victims in line.

More from the SeattlePI.com story (emphasis, in bold, is ours):

Kent police launched an investigation into the couple on July 11, when Turner was seen beating up a young woman near a bus stop there... Kent police searched the couple’s home the day after the fight and recovered a small amount of cocaine, a shotgun and several shells, the detective told the court. Watkins, described in court documents as a convicted felon, isn’t allowed to handle guns but has not been charged with unlawful gun possession.’

Many people believe prostitution is a victimless crime. But that’s a misconception — especially related to minors. Time and again, we find that prostitutes are physically intimidated, threatened and assaulted by pimps. The reason is obvious. Regardless of whether or not the person volunteered – at least initially – to be sold for sex, we know that most eventually want to regain control of their lives. Pimps, the ones who profit the most from this criminal enterprise, realize this as well. That’s why violence is used. And it’s also why we need to do everything we can to combat human trafficking – especially when it happens to kids.