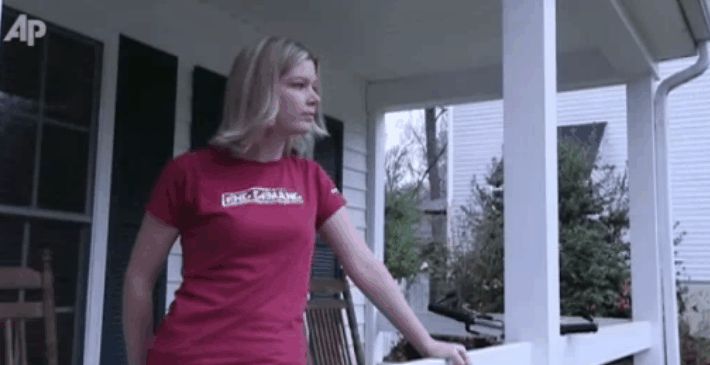 This morning, Shared Hope International released its annual Protected Innocence Initiative, which grades states on their work to combat human trafficking. In the AP video covering the event, former human trafficking victim Holly Austin Smith bravely talks about her frightening experience being forced into prostitution. Here's how it was reported in the AP story that appears on SeattleTimes.com:

Holly Austin Smith said a man at a mall promised her a job after she ran away from home at age 14. She said she was swiftly brought to a motel in New Jersey where two adults gave her a dress, put makeup on her face and dyed her hair.

"Within hours I was on the streets of Atlantic City having men forced on me," said Smith, now 33 and an advocate of stricter sex trafficking laws.

The good news about today's Shared Hope International report is that Washington state received a "B" grade. However, there's much more to do, which is why AG McKenna is working on a national initiative, Pillars of Hope, to help trafficking victims:

Washington Attorney General Robert McKenna, president of the National Association of Attorneys General, said policymakers have to play catch-up to establish consistent policies to rein in the crime.

"Having a strong, fairly uniform set of laws across the country is very important, because traffickers are mobile, their victims are mobile and we don't want traffickers to be moving their victims even more trying to evade stronger state laws, by moving to states with weaker laws," he said.

Thank you, by the way, to Shared Hope International for awarding AG McKenna with the Pathbreaker Award, which recognizes individuals "in government and civil society who fought for laws and response systems in countries identified by the U.S. Department of States as lagging behind in addressing trafficking in persons." Here's what Rob had to say upon receiving the award:

“I’m inspired by Shared Hope’s tireless work to rescue the victims of human trafficking. I’m also grateful to legislators in Washington state who have made our state a leader in the global fight against human trafficking. It’s their leadership that motivates me, as president of the National Association of Attorneys General, to bring this issue to the attention of millions more Americans. Thank you to Shared Hope for this incredible honor.”