On April 3, 2019, the Civil Rights Division of the Washington Attorney General's Office (AGO) entered into a Consent Decree with Motel 6 in the case of State of Washington v. Motel 6 Operating LP and G6 Hospitality, LLC, King County Superior Court No. 18-2-00283-4 SEA. The parties filed the Consent Decree with the Court and it has been approved. As part of the Consent Decree, Motel 6 has  paid $12 million into a settlement fund, which will provide approximately $10,250,000 in restitution to guests affected by Motel 6's practices.

The settlement fund will be distributed by the AGO to Motel 6 guests who stayed at certain motels in Washington between January 1, 2015, and September 17, 2017, and whose guest information was illegally disclosed by Motel 6 to U.S Immigration and Customs Enforcement (ICE) agents. The funds will also be used to administer a claims program and for the AGO's attorneys fees and costs incurred in bringing the lawsuit. 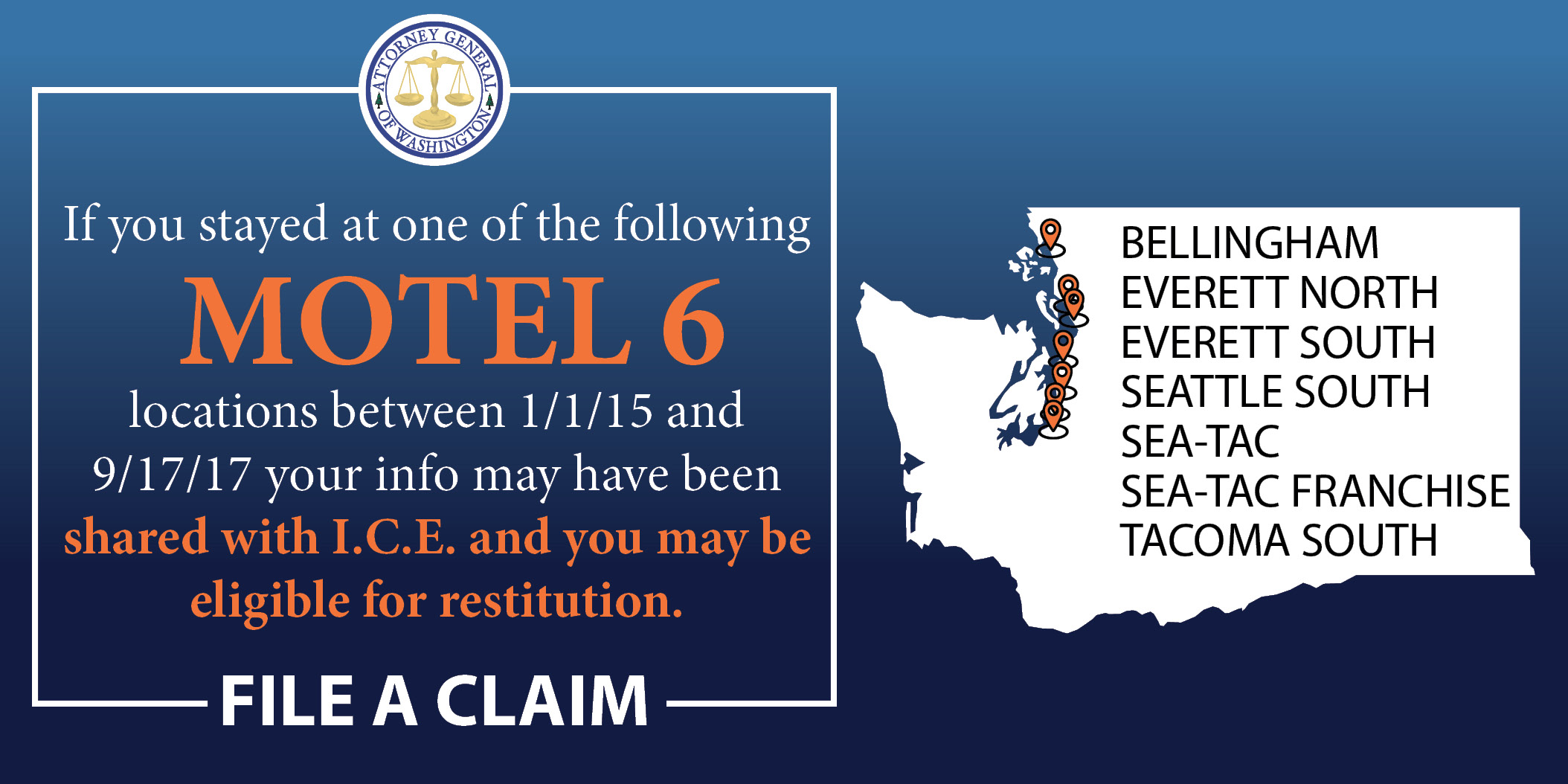 If the State does not receive a valid claim form by the designated deadline date, potential claimants will not be eligible for restitution. The State will distribute restitution to those claimants who qualify and who have submitted a valid claim by the deadline set by the State. The amount of restitution paid to affected consumers shall be solely within the Attorney General's discretion.

If you would like to claim restitution that may be owed to you, please complete the online form found at WashingtonMotel6Settlement.com. For more information about how to file a claim, call: 1-877-307-7268 in the U.S., 01-800-681-6519 from Mexico, or WhatsApp 414-708-0437. You do not have to provide your immigration status to submit a claim. Eligible claimants must submit a claim by December 31, 2019 in order to be eligible to receive restitution. It is anticipated that restitution checks will be mailed to eligible claimants in 2020.