Working together to keep families safe

The AGO convened an advisory group of domestic violence prevention professionals to help suggest ways to combat the epidemic. The Attorney General’s Office proposed legislation passed in 2007, 2008 and 2010 that: 1) Created tougher sentences for repeat domestic abusers and those who choke their victims and 2) Protects survivors by allowing them to participate in employee shared leave programs. 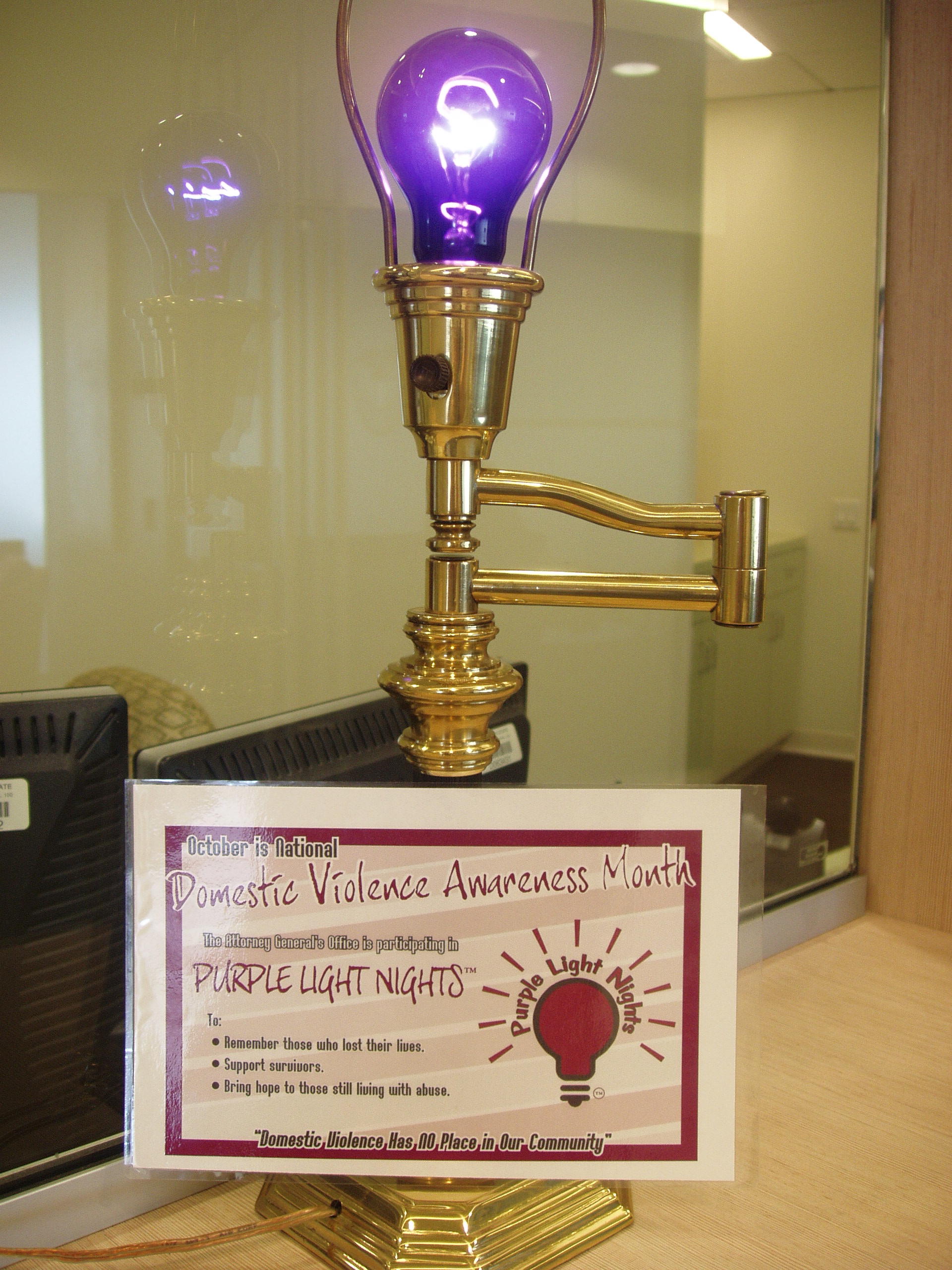 The Attorney General's Office will shine a purple light on this preventable crime during Domestic Violence Awareness Month. During the month of October, the Attorney General’s Office will join others statewide in displaying purple lights to remember victims who lost their lives, support survivors and symbolize hope for those still living with abuse.

The Purple Light Nights campaign was started by the Covington Domestic Violence Task Force in 2007. The campaign, which has spread to at least 20 states and Canada, encourages residents and businesses to display a 60-watt or stronger black-light bulb or purple string lights on their porches, in store windows or in other prominent locations to send the message that “Domestic Violence Has NO Place In Our Community."