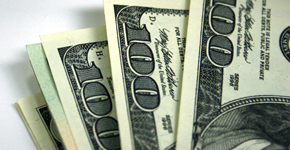 Pyramid schemes are among the most persistent and troublesome rip-offs facing consumers today. Also known as "multi-level marketing" ventures, they often are advertised as quick ways to get rich. Unfortunately, some of these schemes violate Washington State's Anti-pyramid Promotional Schemes Act and can prove extremely costly to those who invest in them.

What is a multi-level venture?

There are some well-established, legal multi-level marketing operations. Successful participants in these make money primarily from the products they sell to end users—not to themselves (warehousing) or other recruits.  Illegal pyramids and gifting schemes try to entice new participants by making it sound like easy money — you will make money by signing up people to work underneath you and you will get rich because they will recruit other people to work beneath them in a continuous stream of new recruits.

What is an illegal "pyramid scheme"?

An illegal "pyramid scheme" is a form of multi-level marketing where the product or service  is only of secondary importance, or there may be no product at all in the case of gifting or blessing scams. To join, you must pay some type of initial investment that gives you the right to recruit others into the company. For each person you bring into the company you receive money, or other bonuses or move closer to your big pay day Therefore, your earning potential depends primarily on how many people you sign up, not how much merchandise is sold.

What is meant by an "investment"?

An investment includes any money paid to enter the venture. Though it may be called a "membership fee" or a "bookkeeping charge", the law still considers it to be an investment. An inventory of products you must buy to resell is also considered an investment. But giving your time or talents, or buying demonstration samples at cost, are not considered investments.

No. This office does not endorse or approve any marketing program. Anyone who says that their program is approved by the Attorney General is engaging in a deceptive act. It is a violation of state law for any pyramid operator to claim or imply the program has the approval of the Attorney General's Office.

Some illegal pyramid operators may tell you that the details of the program were sent to the Attorney General's Office and that the office did not object. That does not mean the program is in compliance with state law, because our office does not provide that kind of advice.

What should I do if contacted by an illegal pyramid operator?

Ignore their marketing pitch and file a complaint with the Attorney General's Office.

Remember: Every person who participates in an illegal pyramid scheme is breaking the law.

Have a Consumer Issue?

File a Complaint Online or via Mail