Consumer alert: Don’t be carried away by “the Love Boat scam” 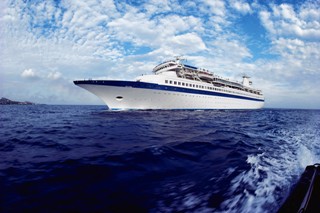 A member of our staff recently received an unsolicited “ROBO” call presented as a political poll. But the political poll was a head-fake. Instead, she was “given the opportunity” for a two-day cruise to the Grand Bahamas. All she had to do was pay a government port tax of just $59 per person.  And when she asked for written information about the cruise, she was told that the company had none to send out, she had to sign up immediately and provide her credit card information to the caller. 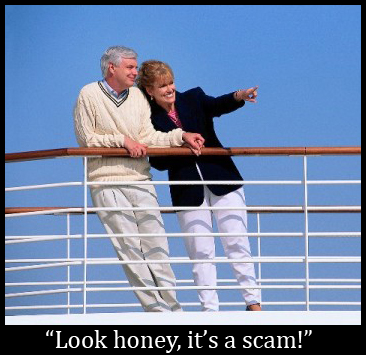 However, this shipwreck of a scam reached the wrong person: Assistant Attorney General Regina Cullen. Regina works in our Labor and Industries Division and in past years led many of our high profile consumer protection cases. Regina immediately thought the pitch sounded suspiciously like a case our office had against National Travel Services and Robin Leach, stretching back to 1999:

Washington Attorney General Christine Gregoire and six other states filed suit today against two Florida travel companies, their owners, and “lifestyles of the rich and famous” pitchman  Robin Leach, alleging they mislead unsuspecting consumers into believing they had won or were entitled to the vacation of their dreams.

The suit alleges the defendants used Leach's “celebrity endorsement” to convince consumers they had won or were entitled to a luxury Florida vacation and cruise to the Bahamas. Consumers soon found they had won nothing except an opportunity to pay as much as $1,000 for a seven-day Florida vacation and a bonus Bahamas' cruise which was actually a one-day ferry ride and a game of “Las Vegas style” bingo.

Washington consumers received travel certificates featuring Leach's picture and the message: “Robin Leach says Pack Your Bags!” As a condition of the trip, the certificates failed to disclose that consumers would be required to attend lengthy timeshare presentations.

“A ‘free’ cruise, which isn’t really free, will send you sailing on a sea of frustration,” said Washington State Attorney General’s Office Consumer Protection Chief Doug Walsh. “Add the patent illegality of commercial robo-calling and misrepresentations that it’s a political poll, and you know you won’t be joining Gopher or Capt. Stubing on the Love Boat. But you might be sailing on the Titanic Scam-Liner to financial doom.”

Not a bad turn of phrase—especially for an attorney. But I digress.

Why did the cruise line pitch mask itself as a political poll? After all, it’s not as if everyday consumers sit at home waiting, with bated breath, to be interrupted by such questions.

Walsh reminds that political robo-calls are legal, but the same tactics from businesses are not.  That being said, it wasn’t really a political poll. That means it’s still illegal. Remember that I called this scam a shipwreck? Scammers, while sometimes clever, aren’t always the brightest bulbs.

The moral of the story is simple. Don’t respond to commercial robo-calls—period.

You can protect yourself from these kinds of scams by following a few simple rules: