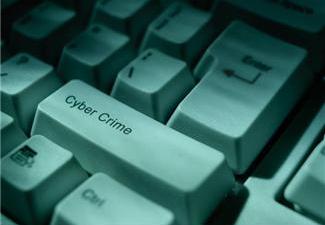 On October 3, 2012, a portion of our computer network that is used by Nationwide Insurance and Allied Insurance was criminally intruded upon by an unidentified perpetrator…We promptly initiated an investigation of the attack and on October 16, 2012, we determined that the perpetrator had likely stolen some personal information from our systems. On November 2, 2012, we received confirmation of the identities and addresses of the individuals whose personal information we believe was compromised. Although we are still investigating the incident, our initial analysis has indicated that the compromised information included individuals’ name and some combination of their Social Security number, driver’s license number and/or their date of birth and possibly their marital status, gender, and occupation, and the name and address of their employer.

According to a news release by Iowa Attorney General Tom Miller, the breach revealed the personal information of over a million people. As Miller points out, your data may be in Nationwide’s computers even though you did not personally contact the company:

“[O]ver the last year or so someone may have sought a competitive insurance quote through a company or third party agent, and that agent may have obtained quotes from several companies, including Nationwide, on their behalf.  In fact, they may not have even realized the agent checked with Nationwide.”

A statement on Nationwide’s web site, and a letter sent out to each Washington state resident whose personal information was revealed in the breach, details an offer of free credit-monitoring for a year:

We are offering notified individuals a free credit-monitoring and identity theft protection product for one year as a precaution, though at this time we have no evidence that any information stolen in the attack has been misused. Each notified individual will be provided enrollment instructions. The product, offered through our partnership with Equifax, will provide individuals with a notification of any changes to their credit information, up to $1-million identity fraud expense coverage and access to their credit report.

If you are a Nationwide customer, check your mail for a letter from the company. You may also contact Nationwide on a special number they have established: 1-800-760-1125.

Checking your credit report frequently – especially if your personal information has been compromised – helps you identify and address fraudulent charges that can hurt your credit. If you have been a victim of identity theft, you may want to request a security freeze, which prevents your credit file from being shared with potential creditors or insurance companies. This helps prevent identity theft since most businesses will not open credit accounts without checking a consumer's credit history first. We offer detailed instructions on how to do it.