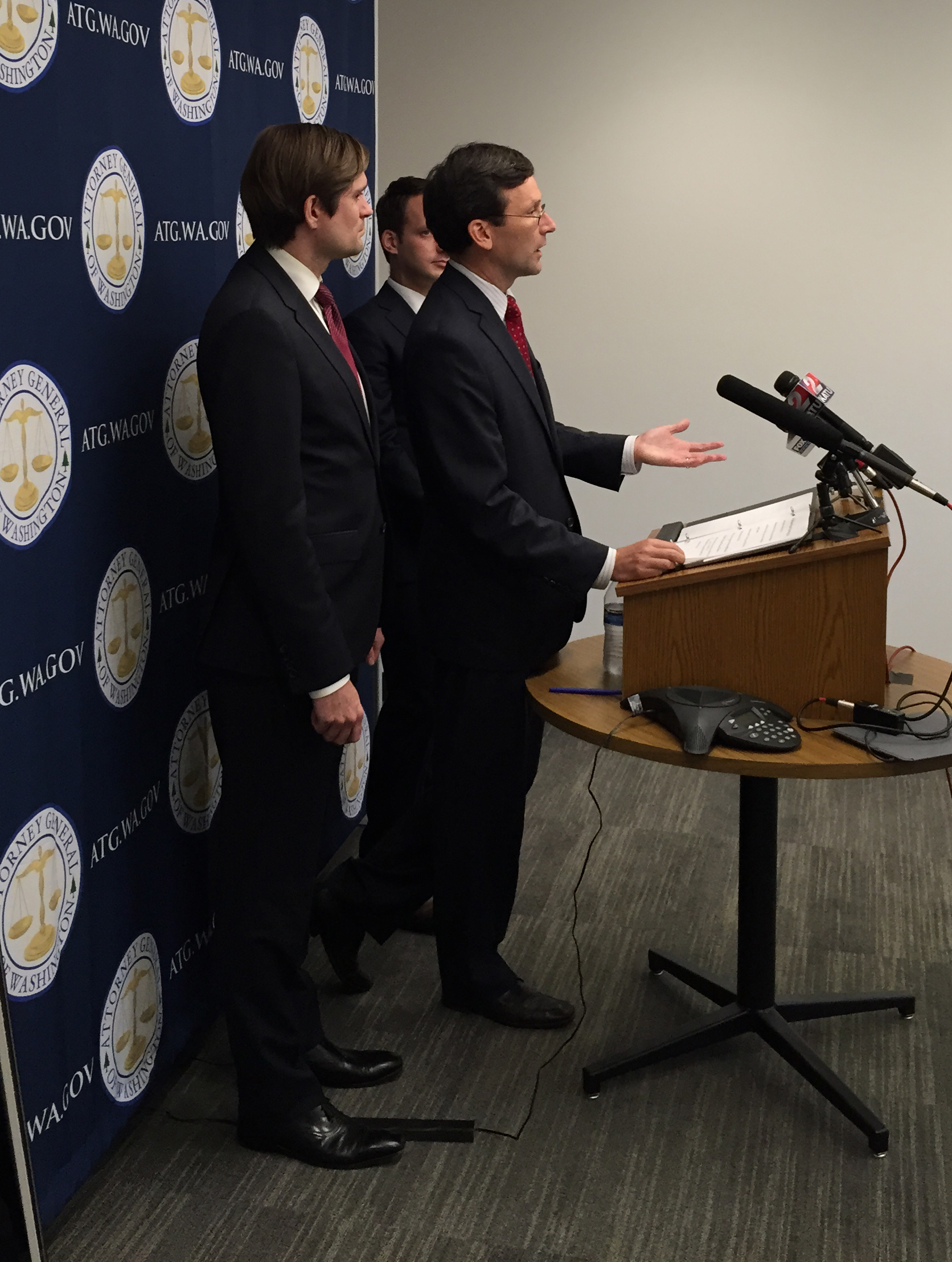 The lawsuit, filed in Clark County Superior Court, alleges the defendants systematically billed Medicaid for non-covered services which they misrepresented in their billings, “upcoded” services (more expensive versions of what they actually performed), and services they simply didn’t provide.

The Attorney General’s Office currently estimates at least 20 percent of the claims CareOne Dental presented to Medicaid from January 2011 to June of 2015 were fraudulent, which would amount to approximately $1 million in single damages.

“Medicaid funds are a precious resource meant for the health care of Washington families in need,” Ferguson said. “I will not tolerate anyone defrauding those families and taxpayers, and I’ll use my legal authority to hold them accountable.”

One of the defendants’ common practices was to bill most tooth extractions as requiring surgery, even where there was no evidence a surgical extraction was provided. A former CareOne dentist recalled Do instructing him that “at CareOne, all extractions are surgical.”

Another dentist reported that Do “would change stuff” from the billing codes she entered, often “upcoding” to a more expensive procedure. For example, after this dentist reported providing dental sealants to one patient, Do changed them to “fillings” and billed Medicaid for the more lucrative fillings. 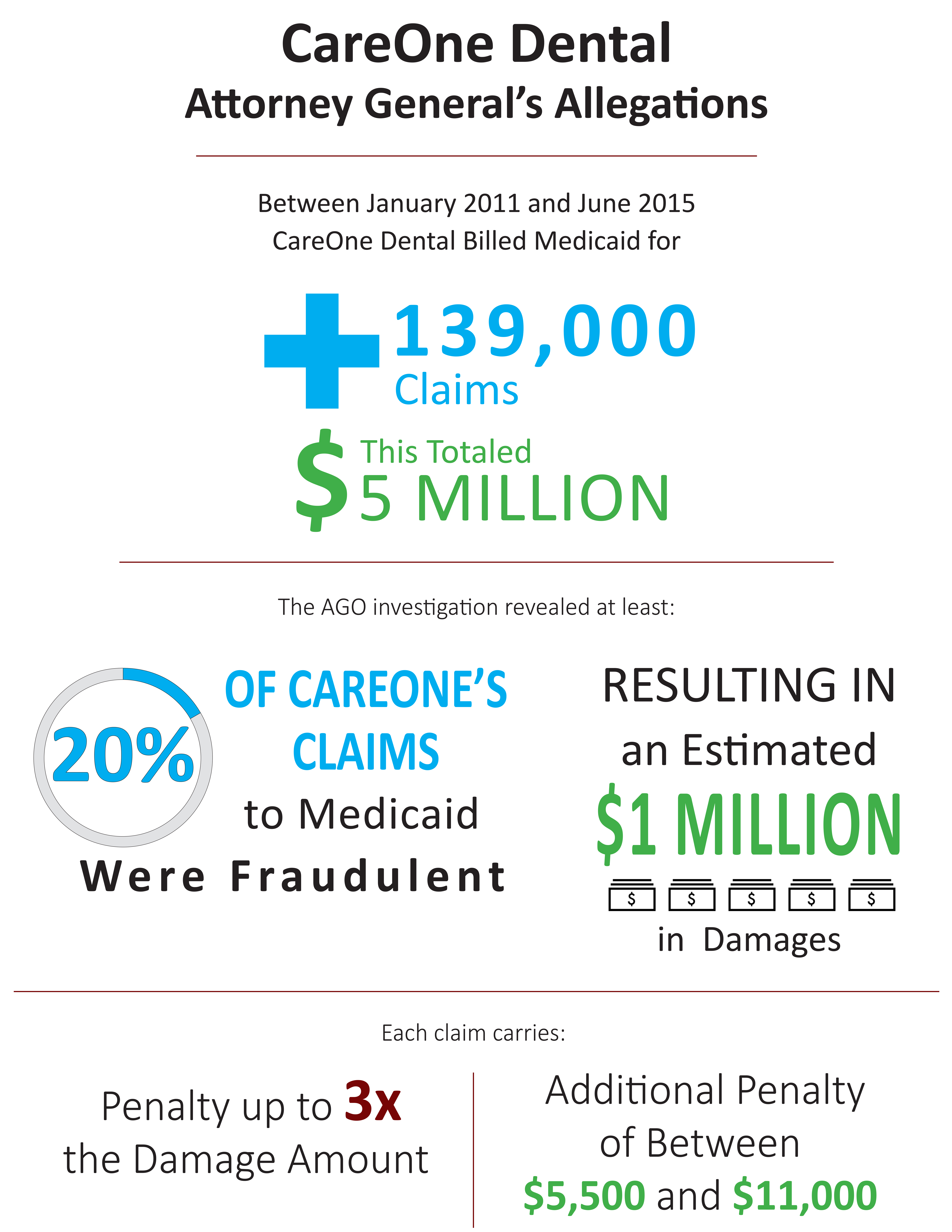 Chart notes for one of Tran’s Medicaid clients show the patient had a “slight cavity” on 10 teeth and “deep grooves” on six teeth. Neither condition is serious enough to warrant fillings under Medicaid.

The patient’s consent form showed 13 teeth would be filled, and ultimately Medicaid was billed for 17 fillings, representing a charge of $3,023. Had the claim been billed properly, it would not have been paid with Medicaid funds.

Today’s lawsuit is brought under the Medicaid Fraud False Claims Act (FCA). Under the FCA potential recovery could include three times the single damages plus $5,500–$11,000 per false claim. Estimated single damages for this case are $1 million.

A recent preliminary report to Washington’s bipartisan Joint Legislative Audit and Review Committee (JLARC) found that for every dollar the state spent on enforcing the FCA, the Attorney General’s Office recovered $3.

Since the act went into effect in 2012, civil recoveries have increased by 28 percent, and the Attorney General’s Office has recovered $6.1 million it otherwise would not have been able to without its authority under the FCA.

Without action from the Legislature, the act will sunset June 30, 2016.