OLYMPIA — Attorney General Bob Ferguson today announced that as a result of an investigation, Student CU Connect LLC (CUSO) will provide debt relief for 100 percent of its student loans for deceiving ITT Technical Institute students when it issued the loans. 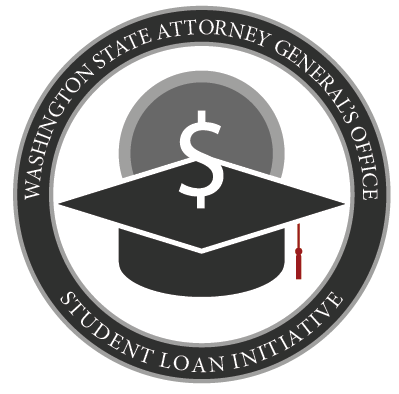 ITT Technical Institute (ITT Tech) was a for-profit college that abruptly closed all of its 149 campuses in September 2016, including campuses in Seattle, Everett and Spokane Valley. CUSO must provide a total of $5.1 million in student loan debt relief to 538 Washington borrowers who attended ITT Tech. The median amount of debt relief Washington borrowers will receive is $6,096. Nationally, CUSO will discharge $168.2 million in loans.

CUSO issued loans to only ITT Tech students between 2009 and 2011. CUSO continued issuing loans even though ITT projected borrowers would default at rates exceeding 60 percent. The company now projects rates to exceed 90 percent.

“For honest lenders, a borrower's ability to pay back a loan matters," said Ferguson. “ITT Tech and CUSO were only interested in increasing their bottom line at their students’ expense. They issued private loans they knew students could not afford in order to access their federal loan dollars. This was a scam, and students deserve this relief.”

In the assurance of discontinuance with Washington and other filings with the U.S. Consumer Financial Protection Bureau, 43 other states and the District of Columbia, CUSO agreed to forgo collections on all current and defaulted private student loan balances.

As a result of the assurance of discontinuance, CUSO may no longer collect on any of its loans and must discharge and cancel all outstanding balances. Additionally, the company will notify the three major credit bureaus that the loans are no longer outstanding and request that they remove the credit line associated with the loans.

CUSO will notify all affected student loan borrowers of the debt relief by mail within 30 days.

ITT Tech’s tuition was higher than most other for-profit schools at the time, with its associate degree programs costing approximately $44,000. Many students who enrolled in the school could not cover the cost of tuition with federal student aid alone. ITT Tech used CUSO from 2009 to 2011 as part of a two-step scheme to ensure students could borrow enough to cover tuition, no matter their ability to repay their debt.

First, ITT Tech offered many students a “temporary credit” to cover the gap between what the student received in federal student loans and the remaining tuition balance. The temporary credit only covered the first nine-month term, at the end of which the school required the student to pay it back in full.

Many students did not understand that they would need to repay the temporary credit due to rushed meetings with ITT Tech financial aid staff.

Second, when students were not able to pay back the credit after nine months, the school pressured them to take out a private student loan with CUSO or another ITT Tech-specific loan program by calling the students at home, barring them from class or withholding course materials, diplomas and transcripts.

This scheme allowed ITT Tech to skirt federal regulations governing for-profit schools and shift the risk of providing loans to students at high risk of default, while continuing to profit off these students’ tuition.

Students who refused the private student loans faced expulsion from the school. Because transferring ITT Tech credits to other schools was virtually impossible, students who refused to take out the loans could lose their entire educational investment.

Students trapped in CUSO loans grappled with high interest rates of 13.75 to 16.25 percent, making progress toward paying off the loan difficult. After ITT Tech shut down its campuses, CUSO estimated that borrowers behind on their payments by 30 days or more could default at a rate of up to 99.5 percent.

ITT Tech is one of several for-profit higher education institutions that closed in recent years after state and federal investigations revealed deceptive marking tactics and the facilitation of predatory private student loans. In addition, the Attorney General’s Office has submitted a claim in ITT Tech’s pending bankruptcy regarding its illegal conduct surrounding student loans.

This lawsuit is similar to others brought by state attorneys general against for-profit schools that target vulnerable students with predatory student loan practices. In January, Attorney General Ferguson secured more than $7 million in relief for students who fell victim to Career Education Corporation’s deceptive practices. Ferguson also has successfully defended Obama-era rules designed to protect students from predatory and deceptive practices by colleges, including for-profit institutions.

Ferguson also has recovered more than $1.5 million cracking down on debt adjustment companies that charge fees to help borrowers consolidate their federal student loans and enroll in income-driven repayment plans — tasks that borrowers’ loan servicers can and should help them with for free. More information on the office’s student loan work is available here.