AG Ferguson: Wave to pay $900,000 to tens of thousands of customers over hidden fee

Bothell-based company failed to disclose fees to more than 23,000 customers during online sales

OLYMPIA — Continuing his Honest Fees Initiative, Attorney General Bob Ferguson announced today that Bothell-based TV and broadband internet provider Wave will pay $900,000 to more than 23,000 customers who ordered the company’s services online. Wave failed to adequately disclose taxes and fees added to their bills, and did not clearly disclose its fees on some of its advertising. 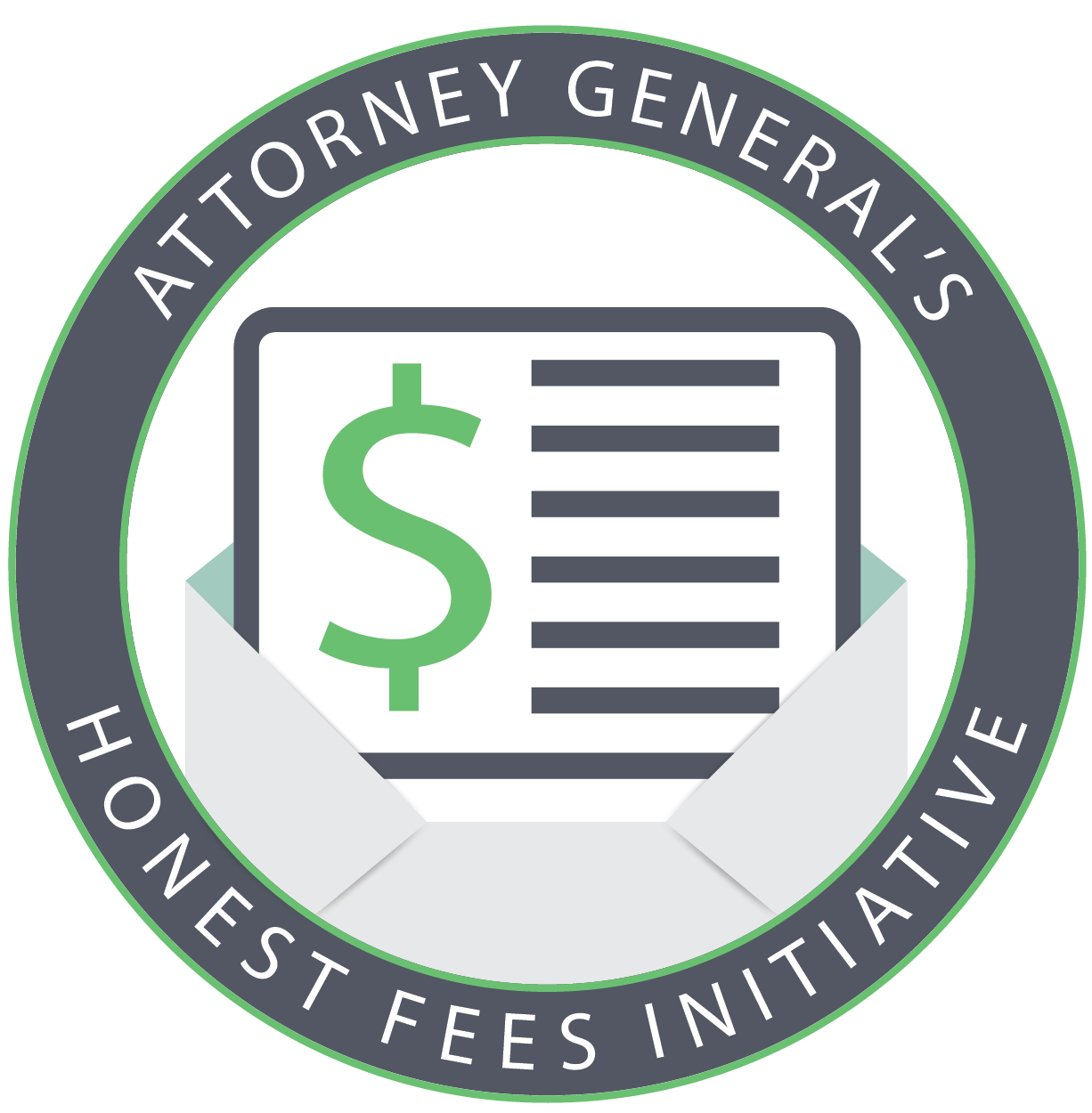 Wave, which provides television and internet services in Washington, Oregon and California, did not clearly disclose all taxes and fees to customers when they signed up online. The Attorney General’s Office estimates that about 12,000 to 13,000 of the more than 23,000 customers who will receive bill credits are from Washington state.

The Attorney General’s Office filed a legally enforceable consent decree in King County Superior Court ordering Wave to clearly and conspicuously disclose all fees, surcharges and terms or conditions of its offers to consumers prior to them purchasing service. Today’s announcement resolves the Attorney General’s investigation into the company’s failure to adequately disclose fees during online sales and in its advertising.

The $900,000 in consumer restitution will be directly returned to more than 23,000 current customers impacted by the hidden fees. Wave will send bill credits to these consumers along with a notice on their bill referencing the Attorney General’s investigation and the consent decree. Every current subscriber harmed by Wave’s conduct will receive direct restitution in the form of a credit.

The Attorney General’s Office is developing a claims process for people who were Wave customers between January of 2016 and mid-2018, but are no longer subscribers. Those former customers should contact our office at www.atg.wa.gov/file-complaint. Wave must pay an additional $300,000 to the Attorney General’s Office to pay consumer claims. Any money left over will be used to cover the cost of the investigation and continue the work of the Honest Fees Initiative.

“Wave told customers they would pay one price, and then turned around and billed them a higher price,” Ferguson said. “Nobody likes hidden fees. The extra money that comes out of the consumer’s pocket every month adds up. Moreover, businesses deserve a level playing field. When shopping for services, Washingtonians must be able to make informed choices by comparing actual prices.”

Today’s order is part of Attorney General Ferguson’s Honest Fees Initiative, which works to ensure that companies adequately disclose all fees and charges to consumers, and that those fees are lawful. Ferguson asks Washingtonians who believe they received bills that include undisclosed fees to file a complaint with his office.

Wave failed to disclose all taxes and fees during online sales

Since Wave began selling its services online in 2012, the company did not clearly disclose all taxes and fees customers would be charged for Wave’s services. 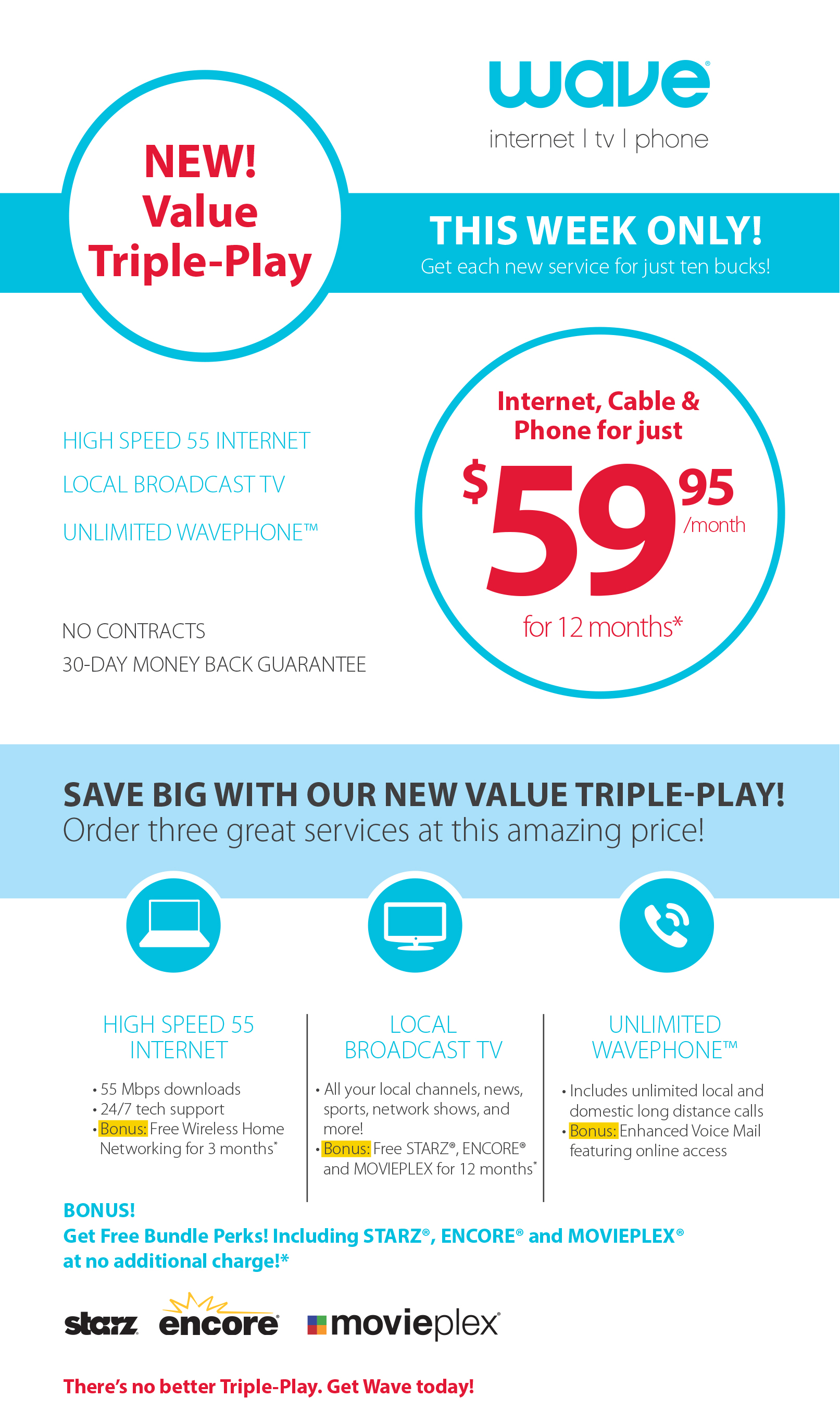 Instead of showing the full amount of taxes and fees before the consumer purchased services, the full amount was only disclosed afterward in a purchase confirmation email. Those fees included a Local TV fee that cost from $9 to $11 per month.

“The company charges a fee for local TV channels, while the amount is $9.65/month, it adds up to $120/yr in extra fees that were not included in their quote,” a consumer from Seattle wrote in a complaint to the Attorney General’s Office. “I believe the company is unrightfully charging us that fee, which should have been explicitly called out when we signed up.”

The ads, however, failed to disclose that local TV channels were not included in the advertised flat-rate price. Wave charged customers up to $11 extra per month for local TV services.

At one point, Wave’s frequently asked questions web page described the local TV fee as a fee the company was required to pass through to customers, when that was not the case.

Wave also deceptively implied certain fees it charged were government-imposed fees, when they were not. For example, Wave charged a so-called “Regulatory Recovery Fee” amounting to 2 percent of the customer’s bill. The name of the fee implies it is related to government regulation. In fact, Wave made up the fee. It actually helps cover Wave’s costs relating to maintaining contracts with Washington cable franchises.

As a result of Ferguson’s investigation, Wave will pay $900,000 in restitution to about 23,000 current customers who purchased their services online in the form of bill credits — estimated at about $38 per customer.

The Attorney General’s Office is developing a claims process for people who were Wave customers between January of 2016 and mid-2018, but are no longer subscribers. These former customers should contact our office at www.atg.wa.gov/file-complaint.

The legally enforceable consent decree also requires Wave to clearly and conspicuously disclose all taxes and fees during online purchases and in its advertising.

Wave is also required to submit compliance reports to the Attorney General’s Office and maintain records of all consumer complaints related to hidden fees, as well as records documenting its compliance with the consent decree.

Finally, in addition to the $900,000 in consumer restitution, Wave must pay $300,000 to the Attorney General’s Office to to pay consumer claims. Any money left over will be used to cover the cost of the investigation and continue the work of the Honest Fees Initiative.

Ferguson is calling on Washingtonians to check their bills, and, if they believe they contain hidden fees, to file a complaint at the Attorney General’s website here. 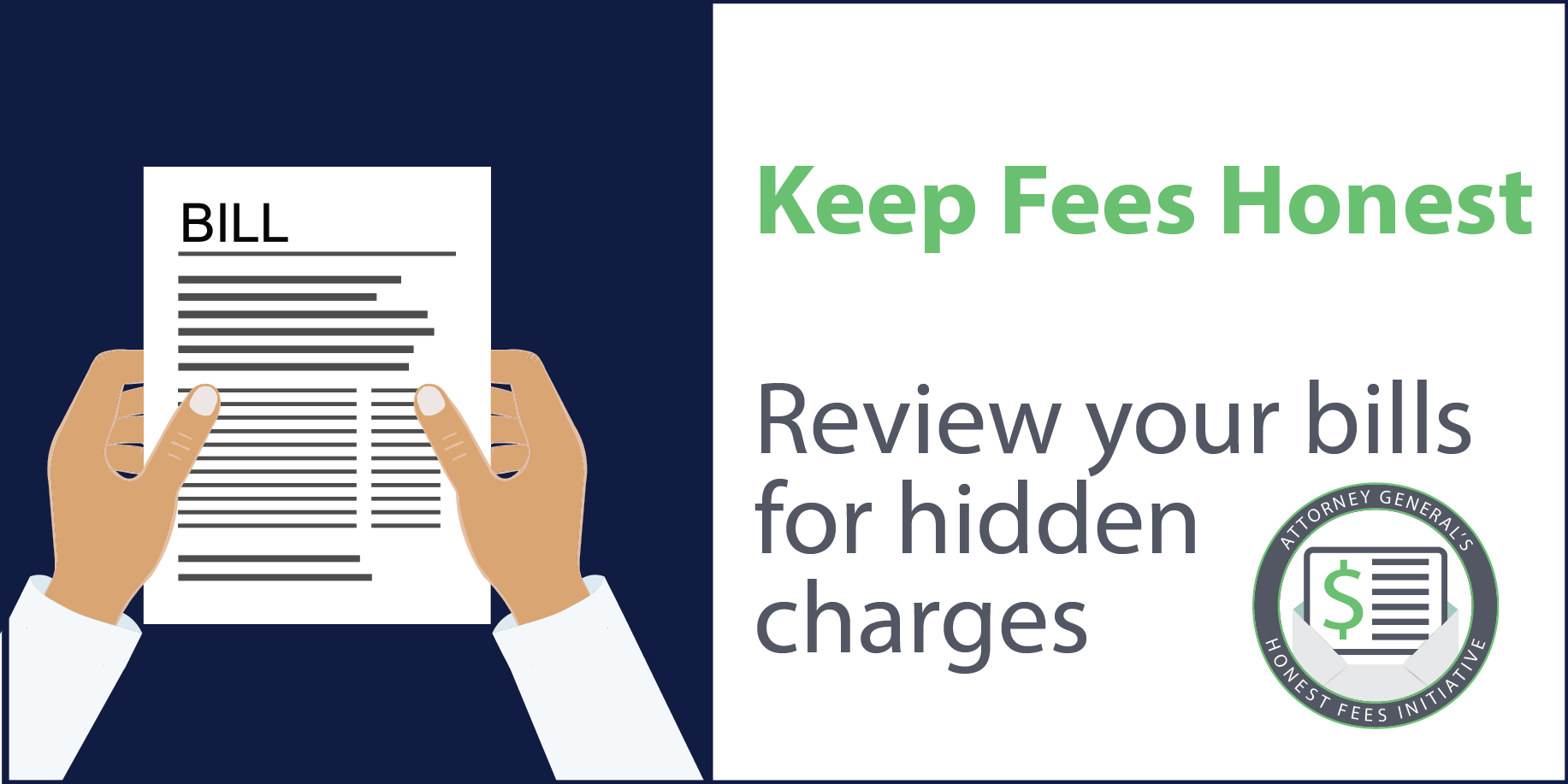 Today’s action against Wave is the fourth against a cable and internet services provider in the office’s Honest Fees Initiative.

Ferguson took the first major action as part of the initiative in December 2019, when global technology company CenturyLink paid $6.1 million to the State of Washington for adding charges to customer bills without accurately disclosing those fees, and failing to provide discounts that their sales agents had promised customers. In July of last year, Frontier Communications Northwest paid $900,000 to Washington to resolve an Attorney General’s Office investigation that found Frontier did not adequately disclose fees when advertising and selling its products, and misled subscribers about internet speeds it could provide. Later that same month, Charter Communications paid nearly $1 million for failing to disclose its “Broadcast TV Surcharge” to customers who ordered the company’s services online.