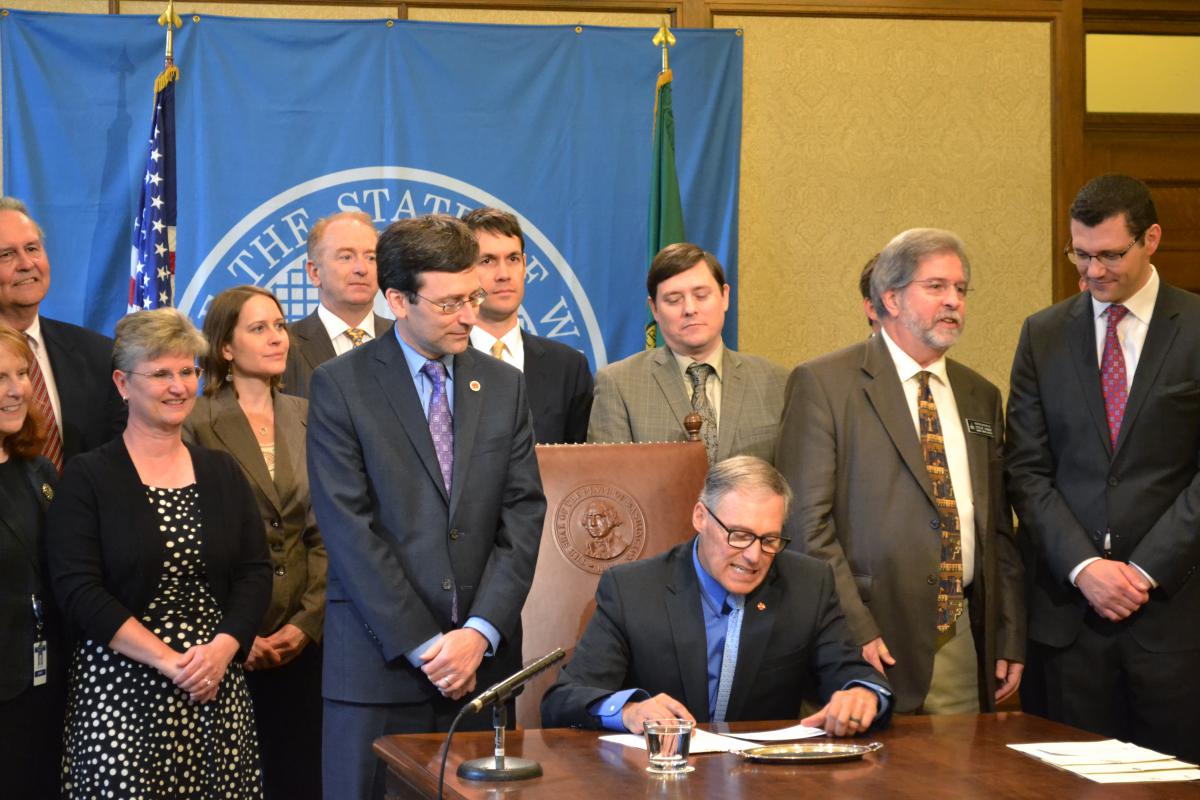 The law reauthorizes the Financial Fraud and Identity Theft Task Forces established by the Legislature in 2009. In addition to renewing the Spokane County task force, it adds Snohomish County to the task force covering King and Pierce Counties.

“These task forces have been one of our state’s best tools for combatting ID theft,” said Ferguson. “Consumers lose billions of dollars every year to ID theft and financial fraud. I’m pleased the Legislature has agreed to continue providing this critical support for law enforcement.”

“Identity theft impacts retailers and their customers,” said Jan Teague, president and CEO of the Washington Retail Association. “The good work this task force does is very beneficial in curbing this crime.”

In 2012 alone, the most recent year that federal Bureau of Justice statistics data are available, 16.6 million Americans — some 7 percent of those age 16 or older — were victims of identity theft. According to the Online Trust Alliance, in 2013 there were 2,164 data breaches in which over 830 million records were exposed, including credit card numbers, email addresses, login credentials, social security numbers and other personal information.

"Identity theft is becoming the fastest-growing financial crime in America, but this program is helping Washington’s identity theft statistics drop,” said Rep. Kirby, Chair of the Business and Financial Services Committee. “The program is particularly important for seniors, who are disproportionally affected by ID theft and credit card fraud."

“Identity theft is a complex problem, which carries with it major consequences for Washington residents,” said Sen. Fain. “Sharing resources, including staff and information, will lead to better prevention and protection, especially for vulnerable senior citizens.”

The Financial Fraud and Identity Theft Task Forces are composed of law enforcement, prosecutors, federal agents and bank fraud investigators. They prioritize cases where vulnerable victims are targeted and defendants are repeat offenders or are linked to gangs. Without renewal, both would have expired on June 30, 2015.

“The task forces remain the best tool we have to fight organized identity theft,” said King County Prosecutor Dan Satterberg. “Our combined efforts resulted in nearly 1,000 convictions in 2013 and $1 million in restitution orders. These crimes can destroy people’s financial lives and this legislation provides the resources that local prosecutors and police need to combat it.”

“The Eastern Washington Identity Theft Task Force has been a vital tool in our efforts to identify, investigate, and prosecute identity thieves in our region,” Spokane County Prosecutor Larry Haskell said. “The passage of House Bill 1090 will assure that law enforcement officers, financial institutions, and prosecutors continue to have the resources necessary to combat this serious crime that impacts so many Washington families.”

“With the continual lack of prosecution resources at the county level, we have simply been unable to devote the time and attention these insidious crimes deserve,” Snohomish County Prosecutor Mark Roe said. “Frankly, many victims of financial fraud and identity theft have been poorly served as a result. This legislation was sorely needed, and will finally enable us to hold accountable some of the people who ruin the lives, credit, and financial security of others.”