SEATTLE — Attorney General Bob Ferguson announced today that LuLaRoe will pay $4.75 million to resolve Ferguson’s consumer protection lawsuit asserting that LuLaRoe, a California-based multi-level marketing business that sells leggings and other apparel to a network of independent retailers, was operating a pyramid scheme.

In January 2019, Ferguson filed a lawsuit against LuLaRoe and several of its executives, asserting that the defendants made unfair and deceptive misrepresentations regarding the profitability of being an independent retailer for LuLaRoe. For example, one LuLaRoe executive claimed that “so many of our retailers are making amazing money doing this part time” and “a huge number of people” sell $15,000 to $20,000 each month. Later in the same call, she claimed LuLaRoe has “a bunch of people” that can sell up to $150,000 per month. Instead of profiting, many of the company’s independent retailers were left with debt and unsold

merchandise they could not return without taking a loss.

Ferguson will provide $4 million to Washingtonians who were deceived by LuLaRoe’s business practices. The Attorney General’s Office estimates that approximately 3,000 Washingtonians will receive checks. Every Washington retailer who lost money under LuLaRoe’s pyramid structure will receive restitution. The remaining $750,000 will partially reimburse the Attorney General’s Office for the cost of investigating the conduct and bringing the lawsuit.

“LuLaRoe tricked Washingtonians into buying into its pyramid scheme with deceptive claims and false promises,” Ferguson said. “As a result, thousands lost money and two individuals made millions from their scheme. Washingtonians deserve fairness and honesty — and accountability for those who don’t play by the rules.”

Since January 2014, more than 3,600 Washingtonians joined LuLaRoe’s network as retailers.

LuLaRoe required new retailers to purchase an “onboarding” package costing between $500 to $5,000, depending on the amount and type of inventory included. Retailers could not choose specific sizes or prints of the inventory they bought, but rather were limited in selecting only the style of clothing to purchase, receiving a random assortment of sizes and prints. 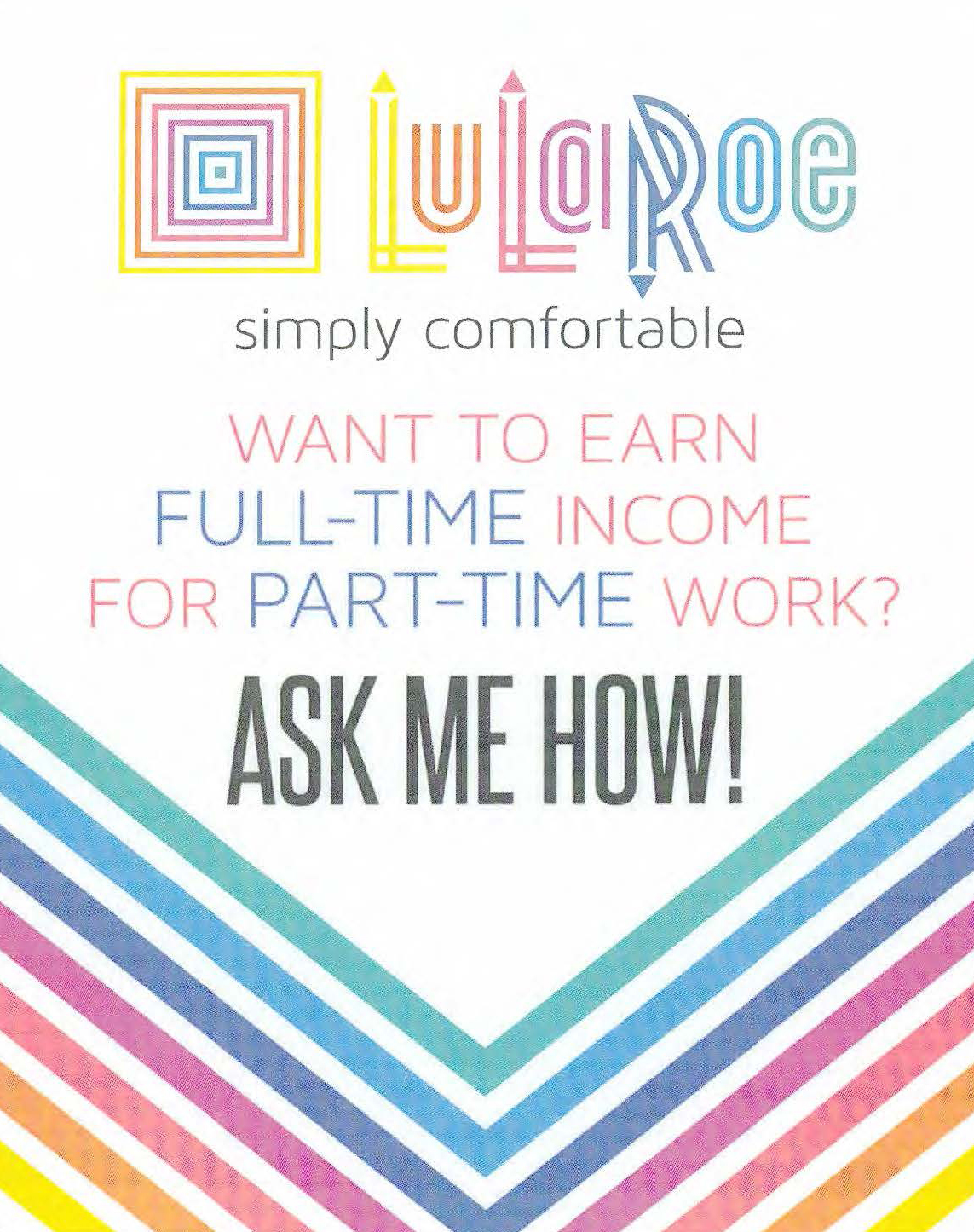 LuLaRoe made several misleading claims regarding the profitability of its business model to encourage more consumers to become retailers.

For example, LuLaRoe advertised that retailers could make “full-time income” for “part-time work.” At recruitment events and calls, LuLaRoe executives made representations regarding the income or profits earned by their top retailers, implying that such income was representative. The LuLaRoe executive who claimed “a huge number of people” sell $15,000 to $20,000 each month stressed to prospective recruits that LuLaRoe “is a crazy and incredible opportunity for you.”

LuLaRoe also posted annual income disclosure statements on its website that were incomplete, outdated or otherwise not representative of incomes earned by Washington retailers. These disclosure statements deceptively focused on bonus income derived from recruitment, and, consequently, they failed to disclose that many LuLaRoe retailers in fact lost money overall.

One former LuLaRoe retailer said she became a retailer after hearing founder DeAnne Brady describe how “women rescued their families during financial crisis by selling LuLaRoe.” LuLaRoe, however, did not live up to those expectations, resulting in a “big loss” for her and her family. Ferguson asserted that LuLaRoe’s profitability claims were unfair and deceptive, violating the Consumer Protection Act. Misleading claims about income potential is a hallmark of a pyramid scheme.

LuLaRoe’s structure ensured that the highest-ranking retailers would earn income by recruiting retailers in the lower categories. This allowed two LuLaRoe retailers — who each had hundreds of recruits in their “downlines” — to make more than $5 million in profit collectively between 2016 and 2019, while at the same time, more than a third of retailers reported losses. At a LuLaRoe event in late 2017, one of those top retailers acknowledged, “I got overpaid while people on my team were failing.”

Direct-selling businesses sometimes provide incentives for existing retailers to recruit additional retailers. When the company offers retailers the right or opportunity to earn compensation primarily derived from recruitment, rather than retail sales to consumers, the company is a pyramid scheme under the Washington Antipyramid Promotional Scheme Act. In 2006, the Legislature enacted the anti-pyramid scheme law, which was sponsored by Sen. Karen Keiser, D-Des Moines.

Pyramid schemes often charge new participants steep startup costs. They also often require minimum purchases on a regular basis in order to earn rewards. LuLaRoe’s bonus structure incentivized retailers to recruit more retailers and encouraged the new recruits to purchase inventory, rather than sell clothing to consumers for personal use. The company also pressured retailers to “buy more, sell more,” convincing many retailers that the key to profitability was to put all of their revenue toward purchasing more inventory.

In a LuLaRoe webinar, a LuLaRoe executive explained that a 2017 change in policy came about because of LuLaRoe’s “need to get away from being a pyramid scheme.” Even after these changes, the lawsuit alleged LuLaRoe continued to offer the opportunity to earn rewards based primarily on recruitment and to encourage and incentivize recruitment over retail sales.

LuLaRoe’s repurchase policy allowed retailers who wished to stop selling its merchandise to receive a 90 percent refund for certain unsold inventory purchased within the last year. Despite LuLaRoe’s claims, many retailers did not receive the promised 90 percent, and some received no refund at all. The process was so complex, and the refund amounts were so arbitrary and unpredictable, that retailers began referring to refund calculations as “LuLaMath.” Many retailers who returned items waited for months before receiving their refunds.

In a declaration supporting Ferguson’s case, one former LuLaRoe independent retailer said, “LuLaRoe did not handle my cancellation of business in a reasonable time. They did not indicate that they would process a refund in five months. Nor did my sponsor advise me that LuLaRoe might short me a couple of hundred dollars and not explain why.” Ultimately, she “had to take money out of savings accounts to pay off the credit card used for LuLaRoe purchases to avoid more interest.”

Another consultant was told that thousands of dollars-worth of her inventory was ineligible for a refund because she had swapped her merchandise with another consultant through a feature LuLaRoe made available on its app.

Under the terms of the resolution, LuLaRoe must pay $4.75 million to the Attorney General’s Office. Ferguson will use $4 million of this payment to provide restitution to LuLaRoe retailers from Washington.

Ferguson is providing financial payments to LuLaRoe retailers who lost money, or who may have quit their job or sacrificed opportunities as a result of LuLaRoe’s deception, but who failed to make a “full-time” income as LuLaRoe promised. The Attorney General’s Office estimates that approximately 3,000 Washingtonians will receive checks. Every Washington retailer who lost money under LuLaRoe’s pyramid structure will receive restitution.

In addition to paying $4.75 million, LuLaRoe is required to:

LuLaRoe retailers with questions about the restitution can contact the office at llrrestitution@atg.wa.gov.

The Attorney General’s Office Consumer Protection Division enforces the Consumer Protection Act and other statutes to help keep the Washington marketplace free of unfair and deceptive practices. The division investigates and files legal actions to stop unfair and deceptive practices, recovers refunds for consumers, seeks penalties and recovers costs and fees to ensure that wrongdoers pay for their actions.

Consumers may report any unfair or deceptive business practices to the Consumer Protection Division by filing a complaint at https://www.atg.wa.gov/file-complaint.

Questions about restitution for retailers? Send an email to: llrrestitution@atg.wa.gov