Ned recently wrote All Consuming to ask, “I bought gift cards at [name of upscale department store] at Christmas and tried to return them last week but was told state law prohibited gift card returns. Is this true?”

Actually, it’s not true that Washington’s law prohibits gift card returns. But most retailers have an “all sales are final” policy. 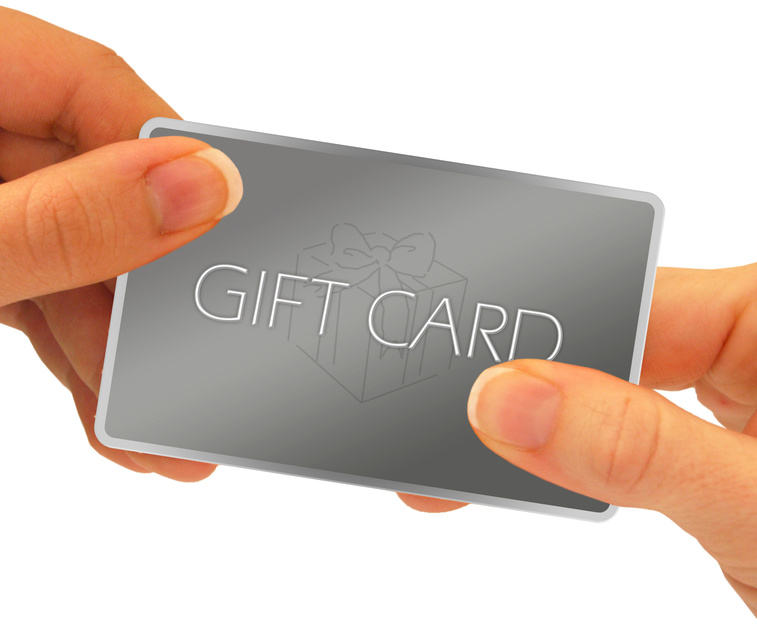 In most cases, the terms and conditions are printed on the back of the card. But if you’re unable to find them, ask. I checked the Web site of the store Ned visited and found this clause among the policies, “Gift cards may not be returned, applied as payment on any account or redeemed for cash, except where required by law.”

So what do you do with those unwanted gift cards? A number of Web sites allow you to turn them into cash. KOMO’s Herb Weisbaum reports, “If you go this route, stick with a well-known company, such as Plastic Jungle, Gift Card Granny, Cardpool, GiftCards and GiftCardRescue.” I've never tried those sites, so I can't vouch for them. Avoid auction sites, where some cards are counterfeit or stolen.

Frankly, I find it easier to simply regift. (An estimated 68 percent of people regift holiday presents, according to a tequila importer, which I can only assume conducted such a survey to get its booze in the news.)

Since Washington’s law states that store gift cards can’t expire, Ned may want to just hold onto them until next Christmas, Mom's Day or Administrative Professionals’ Day (the politically correct term for that helpful person who answers your phone calls and fills your coffee cup  places your grande vanilla latte order). In case you’re interested, Ned, my birthday is in October.

It’s also worth noting that Washington’s gift card law allows you to cash out when the balance drops to $5 or less. A news reporter recently asked me about the law after a movie-goer complained the theater refused to allow her to receive the remaining money on a gift card. The theater employee said there was just no possible way. To that, I say the theater employee needs to figure out a way to open the cash register -- with or without butter -- and give the change to the customer.

While we’re on the topic, let’s take Henry’s question. He recently asked, “How can Groupon offer expiring certificates? Their offers clearly aren't coming from VISA/Mastercard or a charitable or financial institution.”

I’m a frequent shopper on discount coupon sites like Groupon, LivingSocial and Restaurant.com, so Henry’s question made me curious. [UPDATE: I figured I better add a disclaimer here that I'm not an attorney so I can't provide any legal analysis and this isn't the right venue for that anyway.] But I checked out the terms and conditions on Groupon’s Web site. (Anyone note a recurring theme here? Read the terms.) I found this:

Although Henry doesn't specifically ask this, I might as well add that I can't address the issue of redeeming a discounted certificate for an oil change, massage or fondue dinner for face value versus purchase price. That's a question for lawyers and courts.

Speaking of laws that don't allow expiration dates, there's a little exception in our law for artistic and cultural organizations, though, so use those quickly. And really, you shouldn’t wait forever …

A year ago, I issued a consumer alert that KB Toys gift cards were expiring because the 87-year-old company was liquidating its stores. Cathy apparently missed that warning because she posted a comment last month asking if she could use hers. She bought it at a CVS pharmacy, which we don't have in Washington state. I don’t have a definite answer, but my hunch is Cathy is out of luck. Toys R Us now owns the KB Toys brand. But when a company files for bankruptcy, it’s up to the court to decide which financial obligations are honored and that decision was made long ago.

If you're told a card or certificate is expired, speak up. One of our consumer protection attorneys recently called the number on the back of a store gift card to check the balance. She said, "The electronic response said it was expired.  I pushed to talk with a customer rep and they immediately offered to renew it. Amazing."

So, to recap, here’s the lowdown on merchant-issued gift cards and gift certificates in Washington: