SEATTLE – Aug. 24, 2011: When interviewed for her position at the Attorney General’s Public Affairs Office, Kristin Alexander was asked the standard question, “Why do you want to work here?” 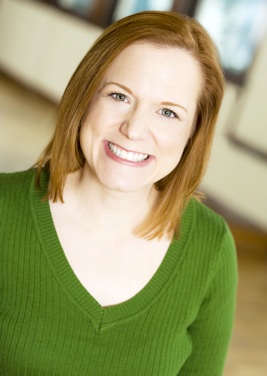 Alexander, media relations manager and moderator of the All Consuming blog, didn’t give the standard reply. She didn’t talk about how her skills could contribute to the important public service that the Attorney General’s Office provides. Or the fine folks she would have the opportunity to work with.

Instead, Alexander told a rambling story about wanting to buy a fish at the Pike Place Market. They hired her anyway.

Now after more than a decade in state government, countless news releases splattered with puns and one delicious salmon fillet, Alexander is saying goodbye to her readers, coworkers and the state she has called home since birth. She penned her farewell in the form of a mock news release in which she awkwardly refers to herself in the third person. She neglected to consult with her boss before posting this to All Consuming, which she launched in 2007 to help educate Washington residents about consumer protection issues but eventually defiled with self-indulgent dribble.

Alexander was recently accepted into the master of arts in acting program at the Birmingham School of Acting. That would be Birmingham, England – not Alabama – although the UK city’s leaders reportedly failed to differentiate between the two locales in at least one public relations campaign. (Alexander is quick to point out that neither she nor anyone at the AGO was connected to aforementioned blooper.)

“It’s time to pursue the next stage in my career and my career on the stage,” Alexander said. Returning to school will fulfill a long-held dream to live overseas while permitting her to devote more time to what has been a favorite pastime.

She’s quick to point out that with the possible exception of recent riots, Birmingham apparently shares little in common with London. There’s no royalty. However, Black Sabbath, members of Led Zeppelin, Duran Duran and the Moody Blues were Brummies. Stratford-upon-Avon, the birthplace of Shakespeare, lies approximately 30 miles southeast.

“If you receive a message from me with a sad story about how I was mugged in the UK and need you to wire money, it may or may not be a scam,” Alexander quipped (just before repeating her mantra that such requests are always part of a con).

“On a more serious note, if you were to ask me today why someone should work at the Attorney General’s Office, I would brag about how the office makes a difference in the lives of Washington families. And I would stuff your ear with stories about the smart, funny, compassionate people who work here. I will miss them all.

“Just as with car purchases, there is no guaranteed three-day cooling off period on career choices. Fortunately, working for the AGO is one of the best decisions I ever made.”